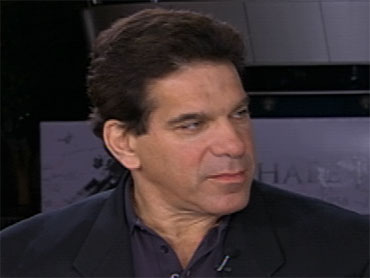 Michael Jackson's trainer and friend, Lou Ferrigno, said on "The Early Show" Tuesday the pop icon was "fired up" about his shows in his upcoming London tour, but was "wearing too many hats."

But Ferrigno, an actor and bodybuilder, who had trained with Jackson for 20 years, said the pop star was feeling the weight of his colossal debt.

"It's a huge stress, because you're talking about $400 million ... and, in the past, he cancelled a few times and people were very skeptical," Ferrigno said, that Jackson would actually do the London tour.

Ferrigno added Jackson was carrying too many responsibilities, including being a father of three children, and keeping up with the choreography and cameras.

Ferrigno said, "I think it was just too much for him."

But this time around, Ferrigno said Jackson was ready to make a "full commitment" to his sold-out "This is It" London tour.

Jackson didn't show any marks on his skin from drug use, nor showed signs of slowness, according to Ferrigno.

As for Jackson's workout, Ferrigno said he mapped out a routine for what he needed for making the comeback.

"(The comeback) could be a big challenge to him physically and mentally," Ferrigno said. "But he's (was) animated, and motivated to do it, and it convinced me he could do the comeback."

The pop star, Ferrigno added, would eat just once a day.