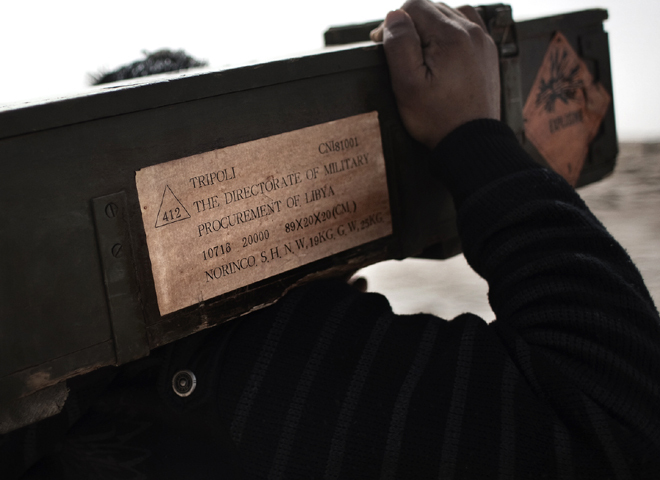 NASHVILLE, Tenn. - Affidavits attached to search warrants for a Tennessee company show that illegally trafficked assault rifles and gun parts connected to the company were found in Middle Eastern countries, including Jordan and the United Arab Emirates.

Federal court documents related to Sabre Defence Industries and unsealed Wednesday fill in the picture of an alleged conspiracy to skirt U.S. regulators and law enforcement to gain an advantage in the international arms industry.

Four Sabre executives charged in a 21-count federal indictment are scheduled to change their not guilty pleas Monday, The Tennessean reported.

The alleged fraud included British owner and CEO Guy Savage and Nashville officials using "phony shipping documents" and invoices from "fairy land," sending gun parts overseas under false bottoms in shipping containers and stamping silencers illegally imported from Finland as if they were manufactured in Nashville, according to the affidavits.

By 2007, Sabre officials were going as far as calling silencers "lawn mower mufflers" and rifle barrels "gear shafts" in their effort to fly under the radar of regulators.

The details of the agreements will be filed with the U.S. District Court for the Middle District of Tennessee after Monday's hearing.

Webb said Savage has an extradition hearing this week in Britain. Lawyers for the defendants did not return phone messages and emails seeking comment.

The unsealed records paint a picture of Savage, having purchased the Nashville gun manufacturer formerly known as Ramo Defense Systems in 2002, with the hope of shipping parts to his British company, also named Sabre, and hoping to score U.S. defense contracts.

When U.S. authorities threw up roadblocks, Savage turned to illegal means to keep guns and parts flowing between his U.S. and U.K. companies to remain competitive. The alleged fraud continued for several years, even as individuals within and outside the company raised concerns.

Concurrently, loose inventory controls allowed lower-level employees to remove Sabre weapons and components from the Nashville production line, according to the affidavits. In some instances two guns would be labeled with the same serial number, allowing one to enter circulation without documentation. One former employee, Charles Kerr, is accused of selling Sabre guns to a local buyer. Both men are charged with illegal gun trafficking in a federal indictment.

The documents reveal that Sabre has been under investigation since 2007 by two separate federal agencies. U.S. Immigration and Customs Enforcement started an investigation that year after receiving a tip that Sabre was illegally exporting M16 parts to the U.K. In 2008, DHL flagged a suspicious package sent by Sabre in Nashville and bound for Sabre in the U.K. Agents found 71 finished M4 rifle barrel assemblies under a false bottom in the shipping container.

After being confronted by ICE agents in 2008, Shearon said, "We (messed) up and I don't want you guys to think we are criminals," according to the affidavits.

The Bureau of Alcohol, Tobacco and Firearms started a separate investigation in 2009 when the circumstances of a reported burglary at the home of Sabre salesman Rick Rardon raised suspicions. Investigators thought the burglary appeared staged and that the guns might have been sold illegally. ICE and ATF combined their efforts once they became aware of each other's investigations.

A series of emails from 2003 to 2008 and obtained by investigators show Sabre management and employees illegally moving guns and parts, including silencers, the affidavits state.

In a December 2003 email, Hill wrote an email to Savage and said, "We are currently 'stretching' the rules on stating the value and description of parts that we are sending you."

In 2004, Shearon wrote Savage an email stating, "The 100 barrels without chambers will be ready Mon. or Tues. if we can find someone dumb enough to sign the shipping documents we will send them to you."

Hundreds of guns ultimately found their way to the volatile Middle East. Webb said authorities continue to investigate the end destination of the illegally trafficked guns and gun parts.