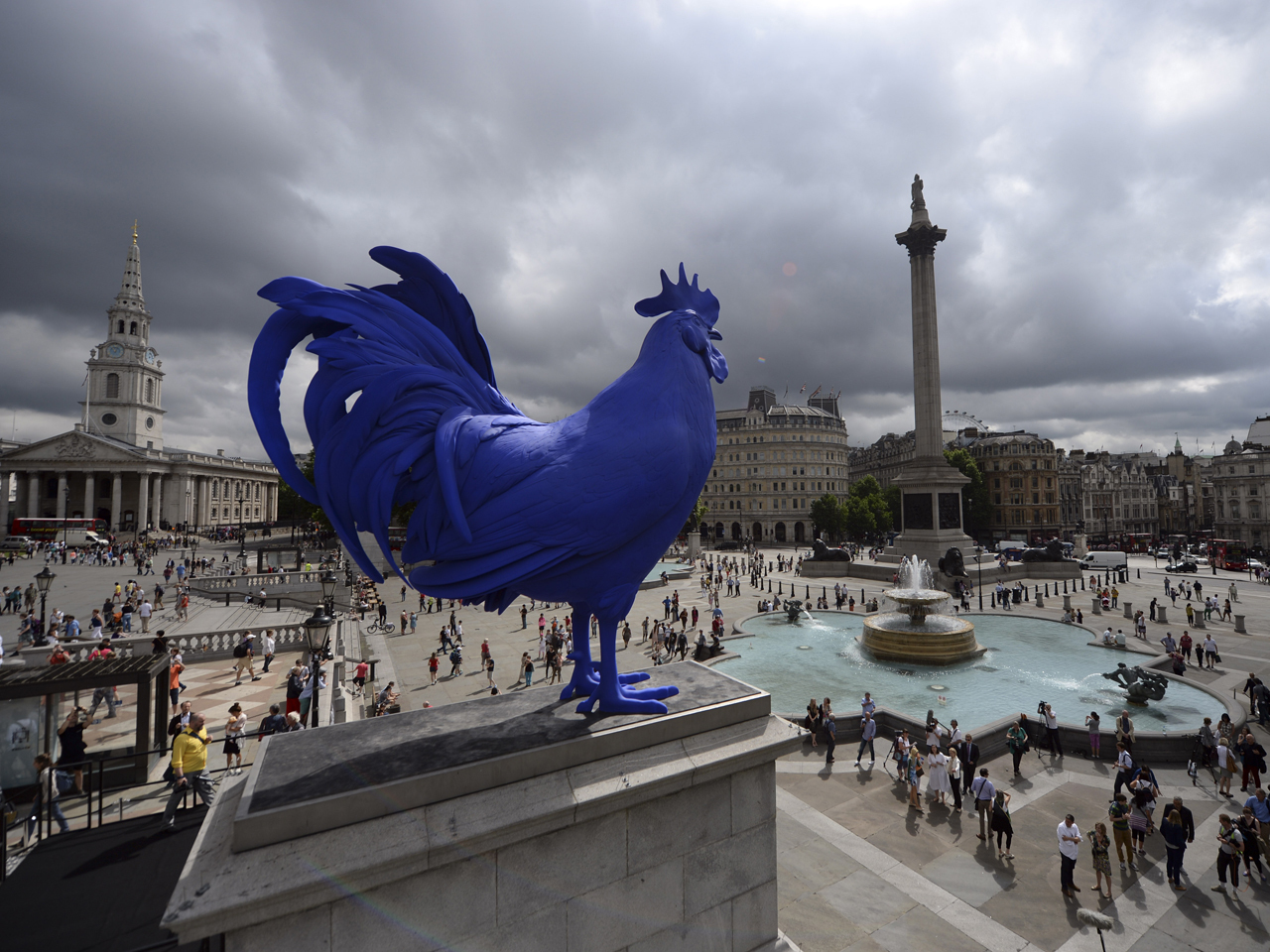 A giant blue rooster was unveiled Thursday next to the somber military monuments in London's Trafalgar Square.

German artist Katharina Fritsch's 15-foot ultramarine bird, titled "Hahn/Cock," is intended as a playful counterpoint to the statues of martial heroes in the square.

Both ultramarine blue and the rooster are symbols of France, whose defeat by Britain at the battle of Trafalgar in 1805 gave the square its name.

"It's a nice humorous side-effect to have something French in a place that celebrates victory over Napoleon," Fritsch told The Guardian newspaper.

Fritsch also said she hoped the double meaning in the work's name would appeal to the British sense of humor.

"I know they like to play games with language," she said.

London Mayor Boris Johnson said it would be a "talking point for Londoners and tourists alike."

It is the latest in a series of artworks to adorn the square's vacant "Fourth Plinth."

One of London's main tourist attractions, the square was named for Horatio Nelson's victory over the French and Spanish fleets.

A statue of the one-armed admiral stands atop Nelson's Column at the center of the square, and statues of other 19th-century military leaders are nearby.

The fourth plinth was erected in 1841 for an equestrian statue that was never completed. It remained empty for a century and a half, and since 1999 has been occupied by artworks erected for 18 months at a time.

Previous works have included a giant ship in a bottle and 2,400 members of the public who stood atop the plinth for an hour at a time.