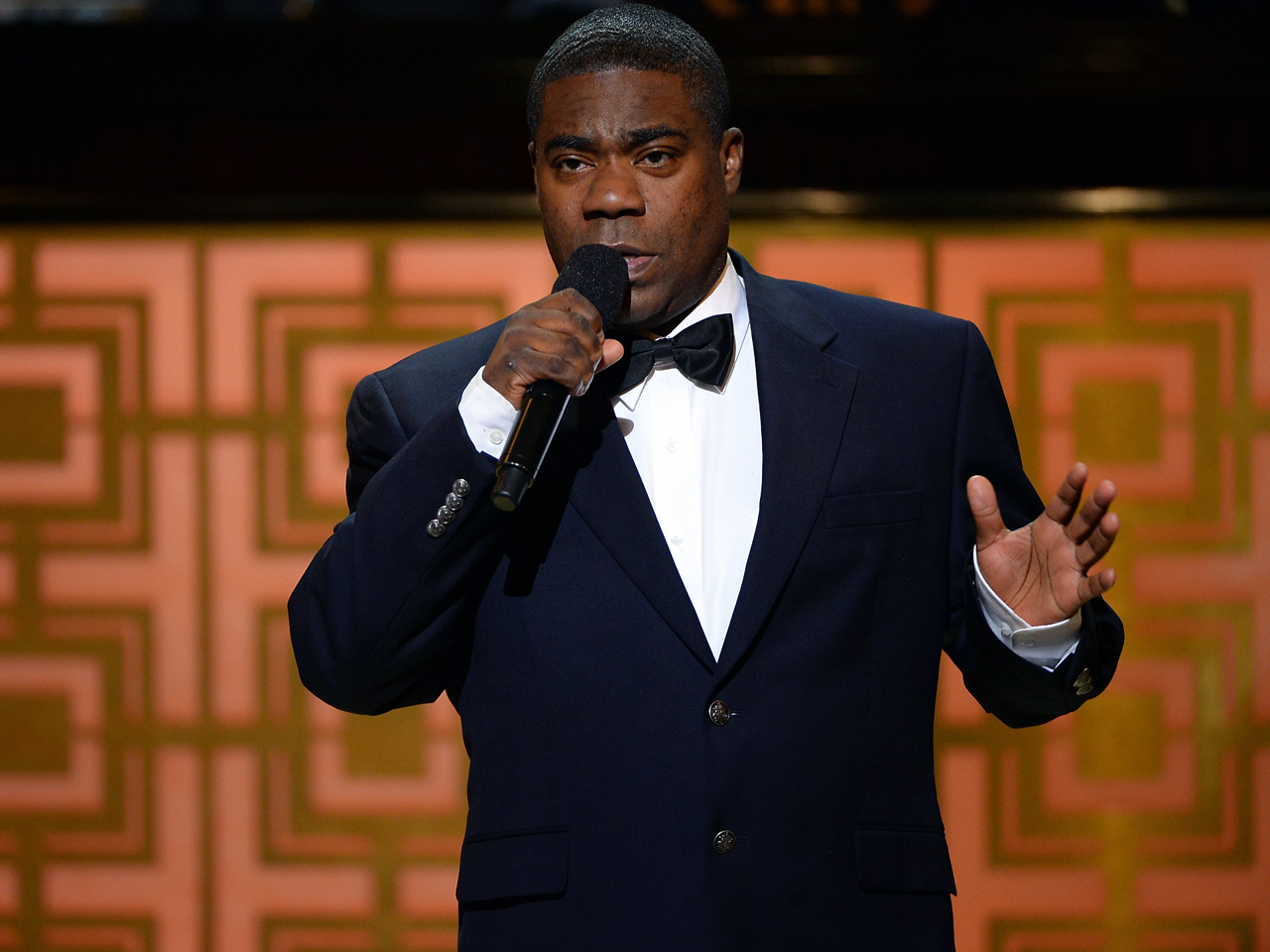 NEW BRUNSWICK, N.J. -- Actor and comedian Tracy Morgan was critically injured Saturday after a tractor-trailer rammed into his chauffeured limousine bus, setting off a chain-reaction crash on the New Jersey Turnpike that left one person dead and two others seriously hurt, authorities said.

The former "Saturday Night Live" and "30 Rock" cast member was traveling with six others and returning from a standup comedy show in Delaware when the Mercedes limo bus overturned near Cranbury Township at about 1 a.m., state police Sgt. 1st Class Greg Williams said.

James McNair, 62, of Peekskill, New York, a passenger in the limo bus, died at the scene, Williams said. Morgan and 37-year-old Jeffrey Millea, of Shelton, Connecticut, were flown from the accident scene to Robert Wood Johnson Hospital, where they remained in critical condition, hospital spokesman Peter Haigney said.

A fourth passenger, Ardie Fuqua Jr., was also in critical condition at the hospital, while a fifth passenger, Harris Stanton, was treated and released, Haigney said.

Morgan's publicist said the comedian's loved ones have joined him at the hospital, where he remains in the intensive care unit.

"His family is now with him and he is receiving excellent care," spokesman Lewis Kay said in a statement. "We don't anticipate much of a change in his condition today but will provide a further update once more information becomes available."

Williams said the tractor-trailer driver apparently failed to notice slow traffic ahead and swerved at the last minute in a vain attempt to avoid a crash. But it smashed into the back of the limo, prompting a chain-reaction crash that also involved a second tractor-trailer, an SUV and two cars.

The Middlesex County Prosecutor's office was investigating and planned to release a statement later Saturday.

Morgan performed comedy standup Friday night at Dover Downs Hotel & Casino in Delaware. His scheduled appearance at the Fillmore Charlotte in North Carolina on Saturday night has been canceled.

An Instagram account belonging to Fuqua included a collage of photos appearing to be from the Delaware show.

The 45-year-old New York City native joined "SNL" in 1996 and was on the sketch-comedy program for seven years before leaving to star in "The Tracy Morgan Show" in 2003. That show lasted just one season. In 2006, Morgan found a long-running role on NBC's hit show "30 Rock," which was created by "SNL" co-star Tina Fey. He received an Emmy nomination for best supporting actor for "30 Rock" in 2009.

One of his signature routines on "30 Rock" involved an award category his character invented called an "EGOT," representing all the entertainment-related awards he hoped to win: an Emmy, a Grammy, and Oscar and a Tony.

Morgan grew up fatherless, one of five siblings, in a blighted section of Brooklyn, where he helped raise and support the family.

He once called his gift for being funny "a defense mechanism" for his miserable circumstances. As a teen, he started doing comedy on the streets to supplement the family's welfare income.

His tough upbringing informed his humor.

"My aunt was a crackhead," he told his Brooklyn audience in a recent special aired on Comedy Central. "I remember one Christmas she bought me a Game Boy. Then she stole it. Then she helped me look for it."

In recent years, he has struggled with alcoholism and has been arrested on drunken driving charges. He had a successful kidney transplant in late 2010.

Morgan's films include "Jay and Silent Bob Strike Back," ''The Longest Yard," ''First Sunday," ''Rio" and "Why Stop Now."

The New Jersey Turnpike was closed for more than five hours after the crash.