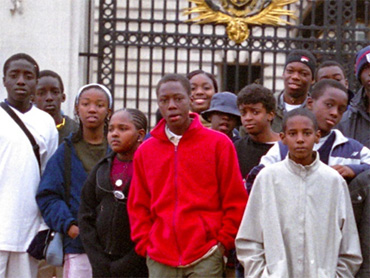 This is a partial timeline of events showing Umar Farouk Abdulmutallab's whereabouts since 2005. Abdulmutallab was charged with trying to detonate an explosive device on board Northwest Airlines flight 253 on Christmas Day. The events were compiled by CBS News correspondent Sheila MacVicar and CBSNews.com.

June 16, 2005: Posts on the Islamic Forum Web site that he is attending Arabic language classes in Yemen, at the Sana'a Institute of Arabic Languages. He writes "I'm doing a three month course - lots of Brits and Americans." He is impressed with the modesty of the women. Classes are divided by gender.

Aug. 1-17, 2008: Travels to Houston to attend classes at the AlMaghrib Institute.

But contrary to statement from the U.K. Home Secretary Dec. 28, CBS News has learned this information is not shared with U.K. security services or U.K. police/counterterrorism. It is never passed to U.S. agencies.

Jan.2009 - July 2009: Attends Wollongong University in Dubai, (UAE campus of Australian university), confirmed by senior administrator of university. The vice-chancellor says he started a course January, but disappeared from the residence around the middle of year and was excluded from enrolling in the second semester in August for non-payment of fees.

Aug.-Sept. 2009: A language school in Sana'a confirms he was studying there. The school says he studied and, mixed with other students, including non-Hijab wearing women, according to the AFP.

He sent a message to his parents saying he wanted to study sharia in Yemen. Parents said 'no' and told him to return to Dubai to complete his graduate studies, according to the Nigerian Ministry of Information.

During his stay in Yemen, he makes frequent visits to a mosque in the historic old city, according to the Yemen Ministry of Information.

Ahmed Hassan, his Sana'a roommate, tells AP Abdulmutallab wasn't attending many classes. "He would tell me he wanted to devote his time for worship during Ramadan." ( Aug. 21-Sept.19)
School administrator says he spent the last 10 days of Ramadan sequestered in a mosque, according to AP

Sept. 24, 2009: His Yemeni visa expires. An unnamed Yemeni official tells AFP "he went to airport in a taxi, changed cabs and disappeared."

Approximately Oct. 2009: Parents report concerns about son to Nigerian authorities and U.S. embassy. Family statement says "his father, having become concerned about his disappearance and stoppage of communication while schooling abroad, reported the matter to the Nigerian security agencies about two months ago, and to some foreign security agencies about a month and a half ago, then sought their assistance to find and return him home."

Dec. 7, 2009: After 42 days with his whereabouts unknown to Yemeni officials, he resurfaces at the airport in Sana'a. He exchanges tickets to Dubai for ones to Addis Ababa, Ethiopia, an unnamed Yemeni official told AFP.

Dec. 9, 2009: Arrives in Accra, Ghana from Addis Ababa. He lists Dubai as his permanent residence. He also lists one hotel on an immigration form but stayed at another, which was near the airport, according to Ghana's deputy minister of information. "He did nothing to arouse suspicion," the official said.

Arrives in Lagos. (The Nigerian Information Minister says "he sneaks into the country" and later expanded to explain that he came into Nigeria without contacting his family.)

Checks in for flight to Amsterdam.

Dec. 25, 2009: Passengers scramble to subdue Abdulmutallab as he attempts to detonate explosives on board Northwest Airlines Flight 253. The flight, carrying 278 passengers and 11 crew members from Amsterdam, was preparing to land in Detroit.

Dec. 26, 2009: Abdulmutallab is charged with attempting to destroy an aircraft and placing a destructive device in a plane.