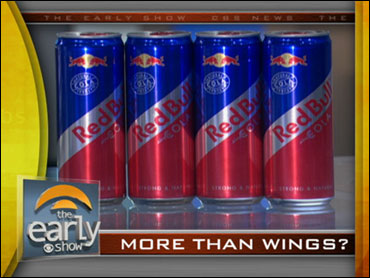 The bans started Friday after a sample test conducted by authorities in North Rhine-Westphalia state found 0.4 micrograms per liter in the drink.

Five other German states also banned it from shops amid concerns over possible narcotics law violations.

On the The Early Show Tuesday, co-anchor Maggie Rodriguez pointed out the drink being banned is Red Bull Cola -- not Red Bull Energy Drink.

Early Show medical correspondent Dr. Jennifer Ashton said cola is made from the coca plant. The coca plant, indigenous to South America, is used as a stimulant in many drinks. She said the dangerous chemical -- the alkaloid cocaine component -- should be removed during processing.

Ashton added that a byproduct of cocaine was found in the test -- not active cocaine. The drug equivalent dose, she said, would be drinking 12,000 liters of the drink.

Germany's Federal Institute for Risk Assessment said Monday that the cocaine level was too low to pose a health risk. It planned to produce a more detailed report Wednesday.

Red Bull said its cola is "harmless and marketable in both the U.S. and Europe." It said similar coca leaf extracts are used worldwide as flavoring, and a test it commissioned itself found no cocaine traces.

But even without traces of cocaine, Ashton said caffeinated energy drinks can have adverse effects on people with pre-existing heart conditions or children who might be more sensitive to powerful stimulating effects on the body.

Large doses of caffeine, she said, can increase heart rate and blood pressure and may induce heart attacks, strokes and respiratory illness.