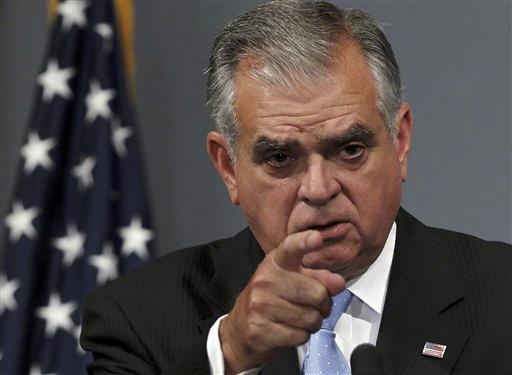 Those three words forced Toyota to recall 8 million cars in two years and made a Japanese automaker whose very name had been synonymous with safety and reliability the butt of endless jokes on late-night television. The company insisted that the two defects responsible for the problem - faulty floor mats and "sticky" accelerator pedals - had been found and fixed, but skeptics contended that another more insidious, more ominous problem was causing Toyotas to surge out of control: The electronics. Now, a much-anticipated investigation has concluded that no electronic problems whatsoever were at play.

"[T]he verdict is in," said Transportation Secretary Ray LaHood. "There is no electronic-based cause for unintended high-speed acceleration in Toyotas."

Electronics Not at Fault in Toyota Deaths

The 10-month long, multi-million dollar study was conducted by top engineers from NASA and NHTSA, the National Highway Traffic Safety Administration, and involved the testing of mechanical components at NASA's Goddard Space Flight Center in Maryland, electromagnetic radiation testing at a Chrysler facility in Michigan, and research at NHTSA's Vehicle Research and Test Center in Ohio. The exhaustive examination, according to Michael Kirsch, Principal Engineer at the NASA Engineering and Safety Center, "found no evidence that a malfunction in electronics caused large unintended accelerations."

The results of the probe certainly don't absolve Toyota of its sudden acceleration sins - after all, the company pulled millions of its vehicles off the road, got hit with $32 million in fines for failing to promptly notify NHTSA of the defects, and paid an infinitely higher price in damage to its reputation - but it does mean that the automaker and the drivers of its recalled cars can be reasonably confident that the pair of simple and relatively easy-to-correct mechanical problems that have already been identified are to blame and not a more troublesome, much harder-to-find, and potentially far costlier electronic gremlin.

Carter Yang is a Washington, D.C.-based producer for the "CBS Evening News with Katie Couric." He covers aviation, transportation safety, and homeland security.