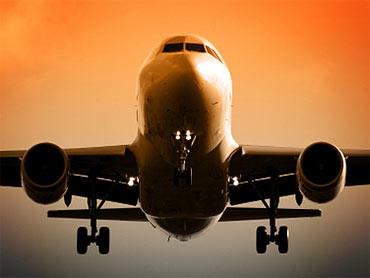 "We talked to well more than a dozen current and former air marshals around the country," Keteyian said to co-anchor Harry Smith Monday, "and, certainly in their mind, the service is riddled with internal problems. (From the) top down -- supervisors, many of them white, male, ex-Secret Service agents, who have created a hostile atmosphere, work atmosphere, work environment inside many of the 21 field offices around the country. Intimidation, retaliation, discrimination against women, minorities, disabled, gays."

"And it's created a real atmosphere, a toxic atmosphere inside the agency that, in the belief of the people that we've talked to, has really crippled the agency from within."

More on Air Marshals from ProPublica

The service is, says Keteyian, "attracting really quality candidates in a lot of ways. The problem is retaining them. Once they get into this atmosphere, once they get into these field offices, there are lawsuits, EEO (Equal Employment Opportunity Commission) complaints across the country. The real problem now is being able to keep the qualified candidates because, we're being told, there's a mass exodus of really good agents.

Racers On Taking The Long Road

The chances of a marshal being on the same flight as a terrorist are slim.

According to the Bureau of Transportation Statistics, there are about 27,000 domestic and international flights per day but, airline industry insiders estimate, only some 3,000 - 4,000 air marshals, who spend half their time in the air.

Not only that but, according to the Transportation Security Administration, which includes the Air Marshal Service, the average air marshal flies 181 days a year -- or about 15 days per month, spending five hours per day in an aircraft.

There were no marshals aboard the plane involved in the attempted Christmas Day bombing of Northwest Flight 253.

After that terrorism try, President Obama ordered a "surge" in the number of air marshals on international flights.

How is that being accomplished? Keteyian says the service, in essence, moved many of its officers and teams over to international flights, forcing it to go out to six other federal agencies to accommodate its needs for domestic flights -- pulling people from places like the Coast Guard and Border Patrol to fill those roles.

Keteyian will have much more on that on tonight's "CBS Evening News".
View CBS News In
CBS News App Open
Chrome Safari Continue
Be the first to know
Get browser notifications for breaking news, live events, and exclusive reporting.