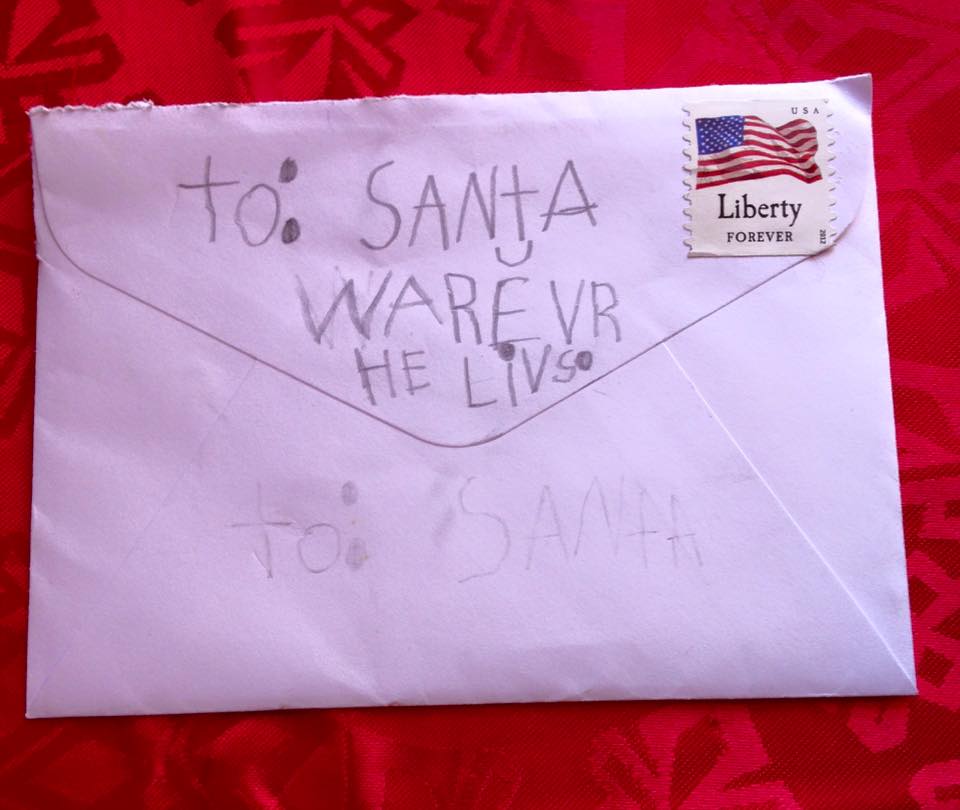 In Santa Claus, Indiana, Santa's workshop is in operation year-round.

Each year, thousands of letters written to Santa make their way to the small town's Santa Claus Post Office, which has been the headquarters for Santa's elves for more than 100 years.

Whether the letters are addressed to the North Pole or Jolly Lane -- the U.S. Postal Service somehow decides to deliver them here, Emily Thompson, director of the Santa Claus Museum and Village, told CBS News.

"They come from all over the world," Thompson said. "We get quite a few international letters -- several thousand."

Last year, Thompson and a core group of about 10 elves replied to more than 15,000 letters.

"The largest volume of mail comes before Thanksgiving," Thompson said. "That's when we're going to the post office twice a day to pick up hundreds and hundreds of letters."

James Martin, Santa Claus' 14th postmaster, started the tradition in 1914 after the town slowly began getting Christmas letters in the mail. He was troubled children's letters weren't answered, so he began writing them back.

Since then, dozens of community members in the small town of about 2,500 people have come together to keep the Christmas spirit alive.

The holiday cheer goes beyond children's letters to Santa. The Santa Claus Post Office -- the only post office in the U.S. with Santa's name -- offers a unique holiday postmark every December. Residents can go into the office to put the stamp on holiday cards or request the special postmark, which is designed by a local high school student.

The post office goes through about 400,00 stamps from Dec. 1 until about Dec. 24, Executive Director of the Spencer County Visitors Bureau Melissa Brockman told CBS News.

The Santa Claus elves start answering letters on December 1; letters to Santa have to be received by Dec. 21 to get an answer.

Every child gets an personalized letter, Thompson explained. Written in red ink with a Santa letterhead, elves make sure envelopes are hand addressed and mailed with the holiday postmark.

"It's a gift in many ways to be able to read these letters -- to read these sweet messages," Thompson said. "We help Santa and keep the belief going to contribute to the magic of the season."

Thompson's what you would call a "head elf." Part of her job is to organize the "elf operation," keeping track of the elves' schedule, advertising for elves and even preparing snacks for the elves to keep them energized.

"It's a very Christmas-y place to be," Thompson admired about her home.

From chestnut roasting at Santa's Candy Castle to the Santa Claus Land of Lights that tells the story of Rudolph the Red Nosed Reindeer, there's no better town to put you in the Christmas Spirit, Brockman added.