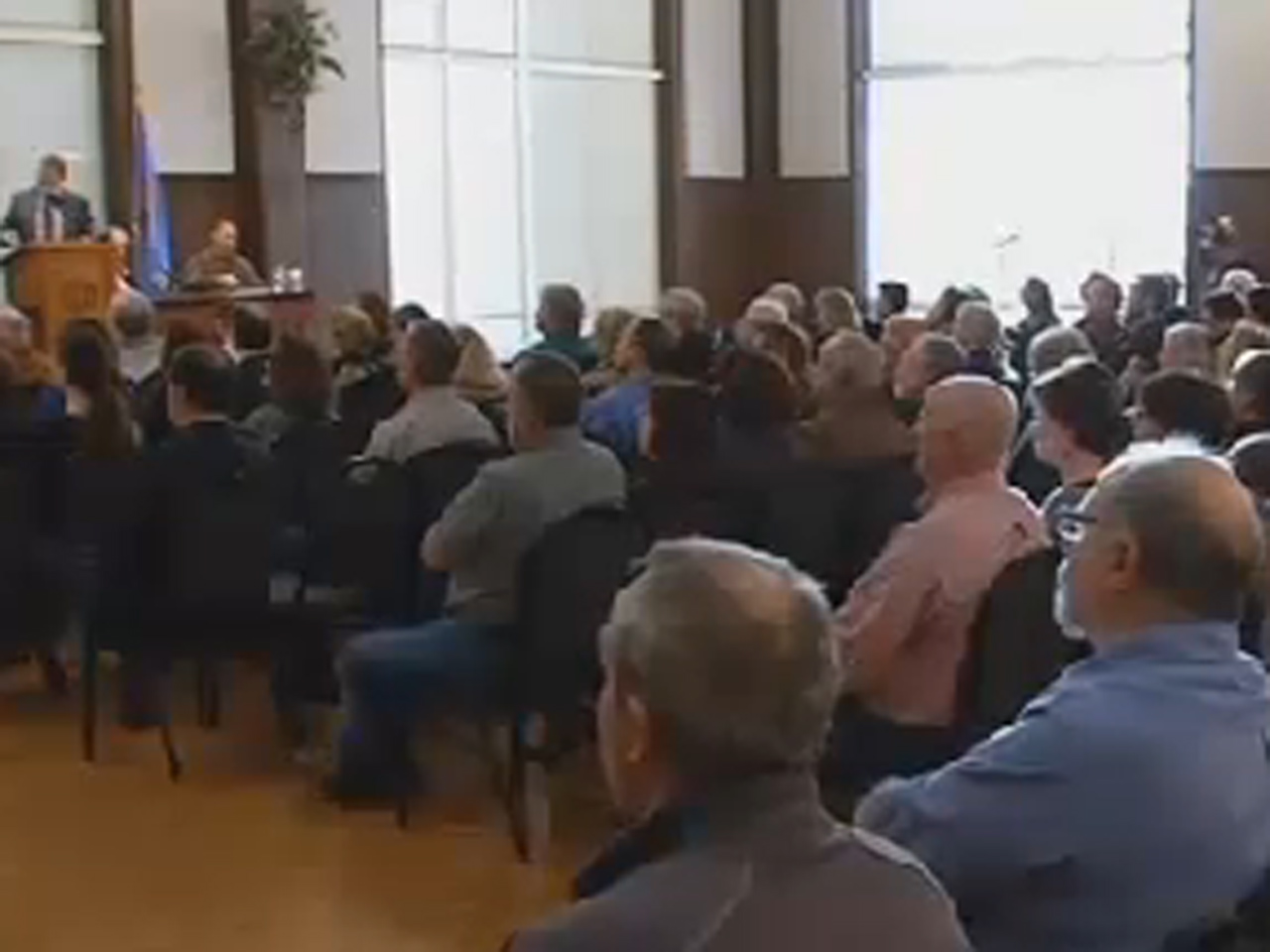 EDMOND, Okla. -- Angry residents in this Oklahoma City suburb chastised policymakers Thursday for not taking action sooner to restrict oil and gas wastewater injection wells that have been linked to a dramatic rise in earthquakes.

More than 300 people packed a ballroom at the University of Central Oklahoma campus after two powerful earthquakes rumbled Edmond recently - a 4.3-magnitude quake on Dec. 29 and a 4.2 temblor days later.

Oklahoma has been hit by several flurries of quakes this year after more than 900 last year, reports CBS Oklahoma City affiliate KWTV.

A second town hall-style forum to discuss earthquakes was planned for Friday at the state Capitol. Meantime, a 3.2 magnitude temblor hit the state overnight, the station says.

Many at the meeting voiced concern about home values and possible foundation problems and called for a moratorium on the disposal of wastewater, which scientists have linked to the quakes.

"I'm afraid my house is going to fall down while you're considering what to do," said Melinda Olbert, an Edmond resident who said she lived just a half-mile from the epicenter of the 4.3 quake.

Arcadia Republican Rep. Lewis Moore hosted the town hall-style forum and took heated questions from residents upset at the Legislature and governor for not taking more action to curtail wastewater injection wells -- part of the process known to some as fracking.

The Oklahoma Corporation Commission, a state agency that regulates the oil and gas industry, started imposing restrictions last year on disposal wells located a certain distance from the epicenters of earthquakes, but the quakes have continued to increase.

"As a taxpayer, you are late to this party," said Kathy Matthews of Edmond, who said research for years has linked wastewater injection wells to a rise in quakes. "There have been zero bills passed in the Legislature."

Gov. Mary Fallin last year created a coordinating council headed by her Secretary of Energy and Environment Michael Teague to study the quakes, but she and lawmakers have mostly deferred to the Corporation Commission.

Moore said he planned to support a bill during the upcoming session that would give the Corporation Commission more authority to shut down wells or order volume reductions of wastewater disposal. He said lawmakers might also consider prohibiting disposal wells in certain underground formations and requiring well operators to install meters to track volume and pressure.

But legislative attempts to impose restrictions on the oil and gas industry often face strong resistance at the Capitol from powerful energy company lobbyists.