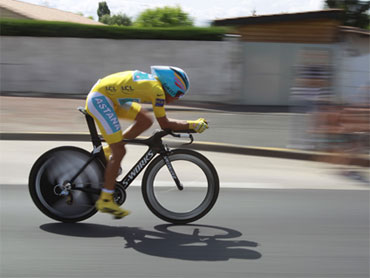 Cycling's governing body says only a "very small concentration" of a banned steroid was found in the urine of Tour de France winner Alberto Contador, but that he has still been suspended.

The UCI says a lab in Germany found clenbuterol in Contador's urine sample on July 21 at the Tour de France. But the amount was only 50 picograms, which the UCI says "is 400 time(s) less than what the antidoping laboratories accredited by WADA must be able to detect."

It says that both Contador's A and B samples tested positive and that Contador has been "formally and provisionally suspended."

It says that the case is still being investigated and that this may take some time.

The UCI released its statement in the early hours of Thursday.