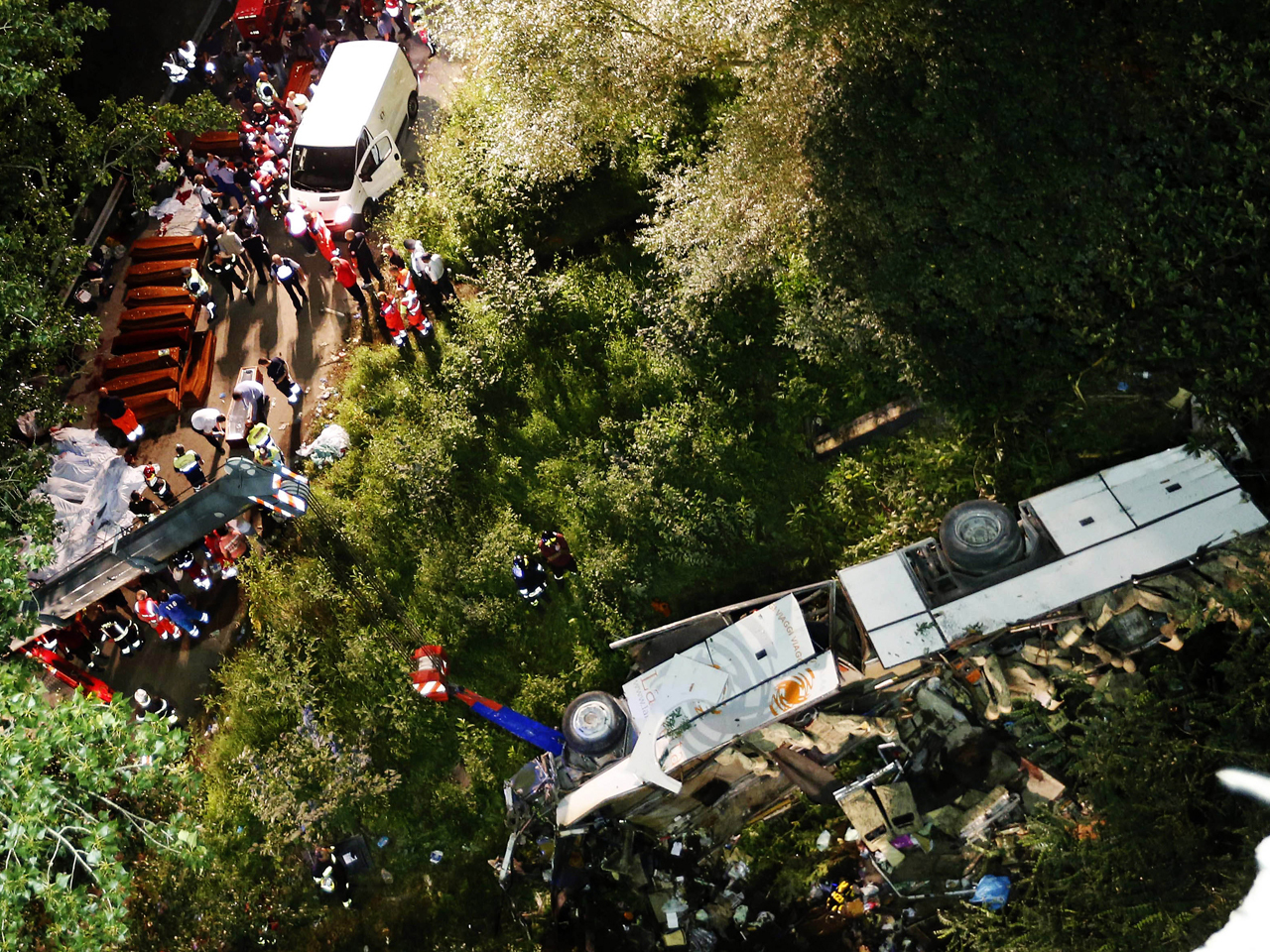 An Italian tour bus plowed through several cars before it crushed through a sidewall of a highway bridge and plunged into a ravine, killing at least 38 people, authorities said Monday.

Rescuers wielding electric saws cut through the twisted wreckage of the bus looking for survivors overnight, and state radio quoted a local police chief as saying the bus driver was among the dead.

The bus lost control near the town of Monteforte Irpino in Irpinia, a largely agricultural area about 40 miles inland from Naples and about 160 miles south of Rome, hitting several cars before plunging some 100 feet off a viaduct on Sunday night. Traffic on the stretch was slowed due to road work, officials said.

It was not immediately clear why the bus driver lost control of the vehicle, but prosecutors were investigating technical problems and had ordered an autopsy on the driver.

A reporter for Naples daily Il Mattino, Giuseppe Crimaldi, told Sky TG24 TV from the scene that some witnesses told him the bus had been going at a "normal" speed on the downhill stretch of the highway when it suddenly veered and started hitting cars. Some witnesses thought they heard a noise as if the bus had blown a tire.

The bus was carrying a group of weekend holidaymakers from the Naples. The group had arrived from small towns near Naples at a hotel at a the thermal spa on Friday afternoon, and had spent the weekend visiting the spa and an early home of Padre Pio, a late mystic monk popular among Catholics, Michele Montagna, the manager of the hotel told Sky TG24.

Relatives visited a make-shift morgue in a middle school to identify the dead on Monday. The bus, meanwhile, was towed from the site to be examined for possible malfunctions.

Firefighters extracted 37 bodies from the wreckage. Most of the dead were found inside the mangled bus, which lay on its side , while a few of the victims were pulled out from underneath the wreckage, state radio and the Italian news agency ANSA reported. One died at the hospital.

At least 10 people, including five children, remained hospitalized on Monday.

Occupants of cars which were hit by the bus stood on the highway near their vehicles. One car's rear was completely crumpled, while another was smashed on its side. It was not immediately known if anyone in those cars had been injured.