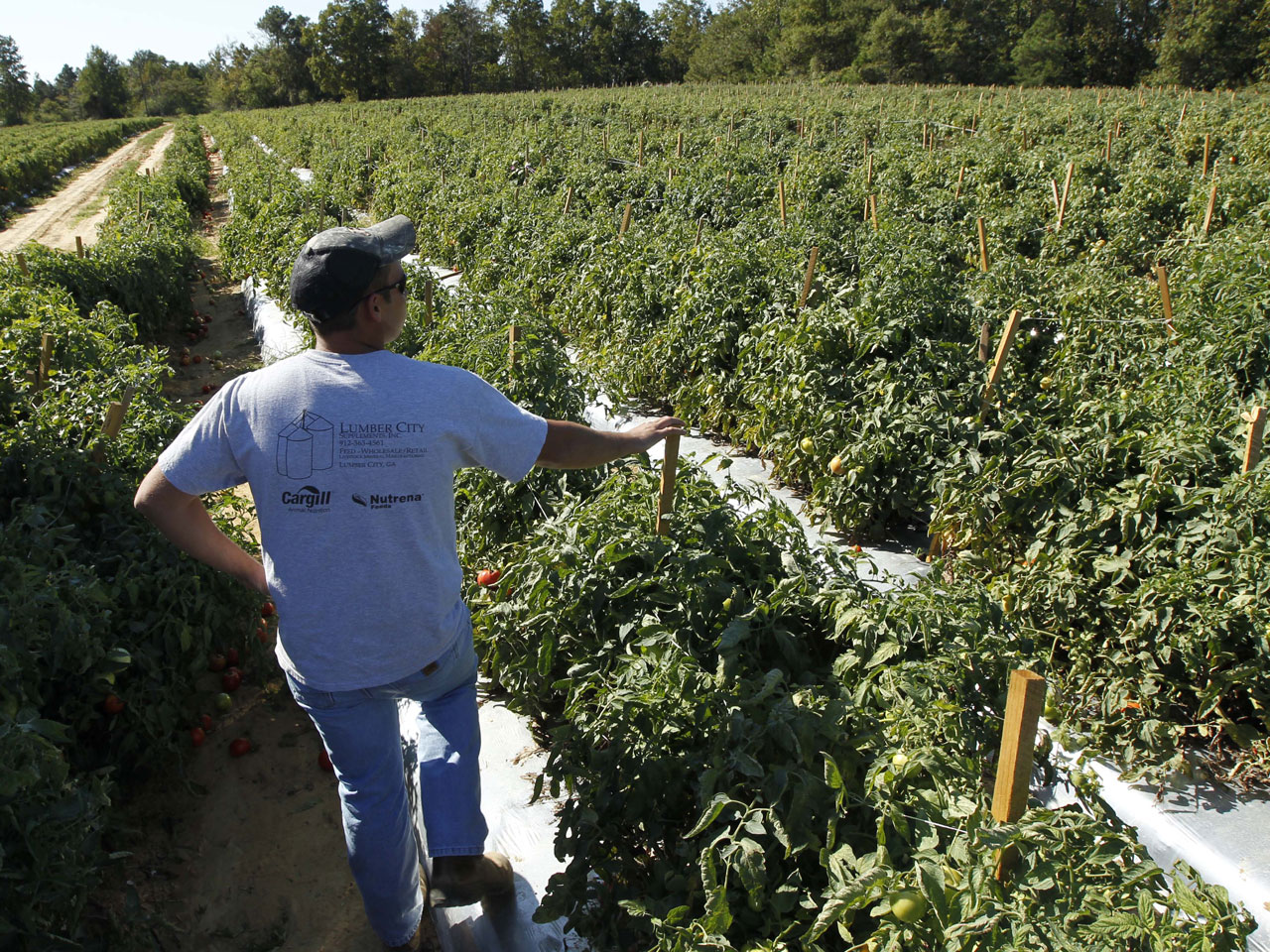 MONTGOMERY, Alabama - Alabama's strict new immigration law may be backfiring. Intended to force illegal workers out of jobs, it is also driving away many legal immigrant workers who work in construction and on farms doing backbreaking jobs that Americans generally won't.

The vacancies have created a void that will surely deal a blow to the state's economy and could slow the rebuilding of Tuscaloosa and other tornado-damaged cities.

Employers believe they can carry on because of the dismal economy, but when things do turn around, they worry there won't be anyone around to hire. Many legal Hispanic workers are fleeing the state because their family and friends don't have the proper papers and they fear they will be jailed.

Rick Pate, the owner of a commercial landscaping company in Montgomery, lost two of his most experienced workers, who were in the country legally. He spent thousands of dollars training them to install irrigation systems at places like the Hyundai plant.

"They just feel like there is a negative atmosphere for them here. They don't feel welcome. I don't begrudge them. I'd feel nervous, too," Pate said.

Hispanic students disappear from Ala. schools
Ala. law cracks down hard on illegal immigrants

While it's not clear how many of an estimated 185,000 Hispanic people in the state have fled, one estimate figured as much one-fourth of the commercial building work force had left since the law was upheld last week, said Bill Caton, president of Associated General Contractors of Alabama. Commercial construction is a more than $7 billion-a-year industry in Alabama.

The law allows police to detain people indefinitely if they are suspected of being in the country illegally and requires schools to check the status of new students when they enroll. Those elements make it perhaps the toughest law in America.

The law targets employers by forbidding drivers from stopping along a road to hire temporary workers. It also bars businesses from taking tax deductions for wages paid to illegal workers and makes it a crime for an illegal immigrant to solicit work. A federal judge has temporarily blocked those sections of the law so she can study them more.

One of the bill's authors, Republican Sen. Scott Beason, said he expected short-term problems, but he has received "thank you" calls from two people who replaced illegal immigrants who fled their jobs. Beason predicts that trickle will become a rush.

"We have the best law in the country and I stand by what we've done," Beason said.

On Chandler Mountain in north Alabama, tomato farmer Lana Boatwright said only eight of the 48 Hispanic workers she needed for harvest showed up after the law took effect. Those who did were frightened.

"My husband and I take them to the grocery store at night and shop for them because they are afraid they will be arrested," she said.

Farmer Chad Smith said his family farm stands to lose up to $150,000 because there are not enough workers to pick tomatoes spoiling in the fields.

"We will be lucky to be in business next year," he said.

The financial toll will vary by area, and experts said it's too early to make predictions.

Cristian Gonzalez, an illegal immigrant from Mexico, is a stay-at-home mother of four who lives in a mobile home in suburban Birmingham with her husband. They sneaked across the border in 2009 and planned to save money and eventually return to their home country.

"We're afraid to go to Walmart. I'm afraid to walk the kids up there to get the bus. I am afraid to drive," Gonzalez said.

Her husband worked as a brick mason and cook, but was recently unemployed. Now they have decided they probably will return to Mexico.

"We're just trying to be here one more year, but with this law ..." she said, her voice trailing off as she shook her head.

In Tuscaloosa, there is still a lot of rebuilding to be done after Alabama's killer tornadoes in April. Without the Hispanic workers to help out, it will take even longer for neighborhoods to be fixed up. Blake Corder, the president of the Home Builders Association of Tuscaloosa, noted that the workers had left the area and he even lost a few renters in the past week.

Likewise, schools are worried about their students who have suddenly stopped showing up for class. Out of 34,000 Hispanic students, 2,285 were absent Monday. That number increased from Friday by a few hundred.

The figures show seven out of every 100 Hispanic children were out of school, even though state school officials have tried to assure parents that they won't release their names to police and that no child will be denied an education due to legal status.

At Gonzalez' mobile home community, driveways were full of cars and trucks at midday Tuesday, a time when most residents used to be at work. A resident who didn't want to be identified out of fear of the law said people are afraid to venture out during daylight.

"People are just not going to work. They don't want to be arrested," the woman said.

Builders have complained they can't find replacement workers and delays in projects are expected. Once the economy picks up and construction returns to normal, the impact will increase, said Russell Davis, executive vice president of the Home Builders Association of Alabama.

"There is going to be a void. No question," Davis said.