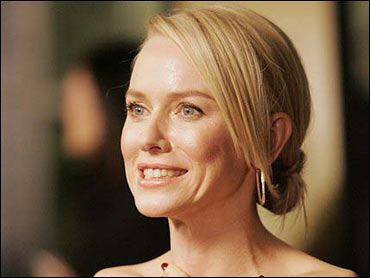 The tense and bloody Russian mob drama set in London took the People's Choice Award on the final day of the 10-day festival to cheers from the crowd gathered at a downtown Toronto hotel.

Cronenberg was not on hand to pick up the award. He was in New York promoting the film, which has received glowing reviews in the U.S. and is doing well at the box office. It opened in the U.S. on Friday.

"Juno," a coming-of-age movie about teenage pregnancy by Montreal-born filmmaker Jason Reitman, was first runner-up for the audience award, while "Body of War," a documentary by one-time talk-show host Phil Donahue, was the second runner-up.

The Toronto-City Award for the best Canadian feature film went to Guy Maddin for "My Winnipeg," his personal portrait of his hometown. Stephane Lafleur's "Continental, Un Film Sans Fusil" won the prize for the best debut feature film by a Canadian.

The Deisel Discovery Award, voted on by the festival press corps, went to the Mexican film "Cochochi," about the journeys of two brothers after they get lost on a trip across Mexico.

The Artistic Innovation Award went to "Encarnacion," from Argentinian filmmaker Anahi Berneri, and Rodrigo Pia's "La Zona," a Spanish-Mexican co-production, took the International Critics award. The latter prize honors a movie by an emerging filmmaker making its world premiere at the festival.