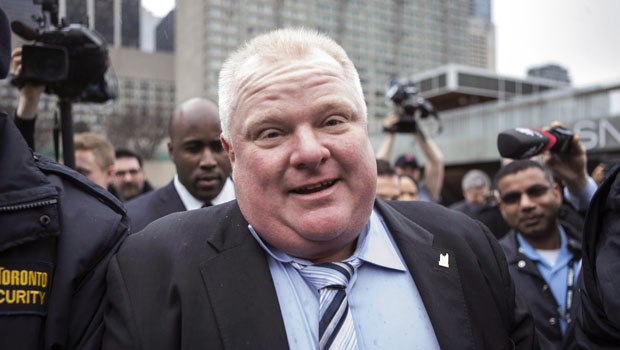 TORONTO - Toronto Mayor Rob Ford will take a leave of absence to seek help for substance abuse, his lawyer said Wednesday, as a national Canadian newspaper reported viewing of a new video of the embattled politician smoking what was described as crack.

The lawyer, Dennis Morris, said he spoke to Ford earlier Wednesday and said Ford has accepted that he has a problem.

"He acknowledges he has a substance abuse problem and he wants to do something about it," Morris told The Associated Press.

Ford is seeking re-election in October but Morris said later Wednesday he would be taking a break from the election.

The mayor acknowledged last year after months of denials that he smoked crack in a "drunken stupor" after police said they obtained a video that appears to show him smoking crack. The video has never been released to the public.

News reports of the crack video's existence first surfaced last May, igniting a media firestorm around Ford. He careened from one scandal to another, becoming a national embarrassment for many Canadians.

On Wednesday night, The Globe and Mail said two of its reporters had seen a new video of Ford smoking what has been described as crack by a self-professed drug dealer. It was reportedly filmed secretly in Ford's sister's basement early Saturday morning.

The Globe and Mail reporters were shown a clip in which Ford takes a drag from a long copper-colored pipe and exhales a cloud of smoke while his right arm convulses, the newspaper said.

The dealer said the footage is part of a package of three videos filmed around 1:15 a.m., and which he said he is now selling for "at least six figures," the newspaper reported.

Ford declined to answer questions from The Globe and Mail, but less that an hour after the newspaper asked for comment his lawyer announced he was taking a break from the mayoral election.

Meanwhile, The Toronto Sun reported obtaining an audio recording of Ford swearing in a bar on Monday. The mayor was captured complaining about his wife and making lewd comments about his election rival, Karen Stintz, the newspaper said.

Ford has resisted repeated calls for his resignation. Toronto's city council has stripped him of most of his powers.