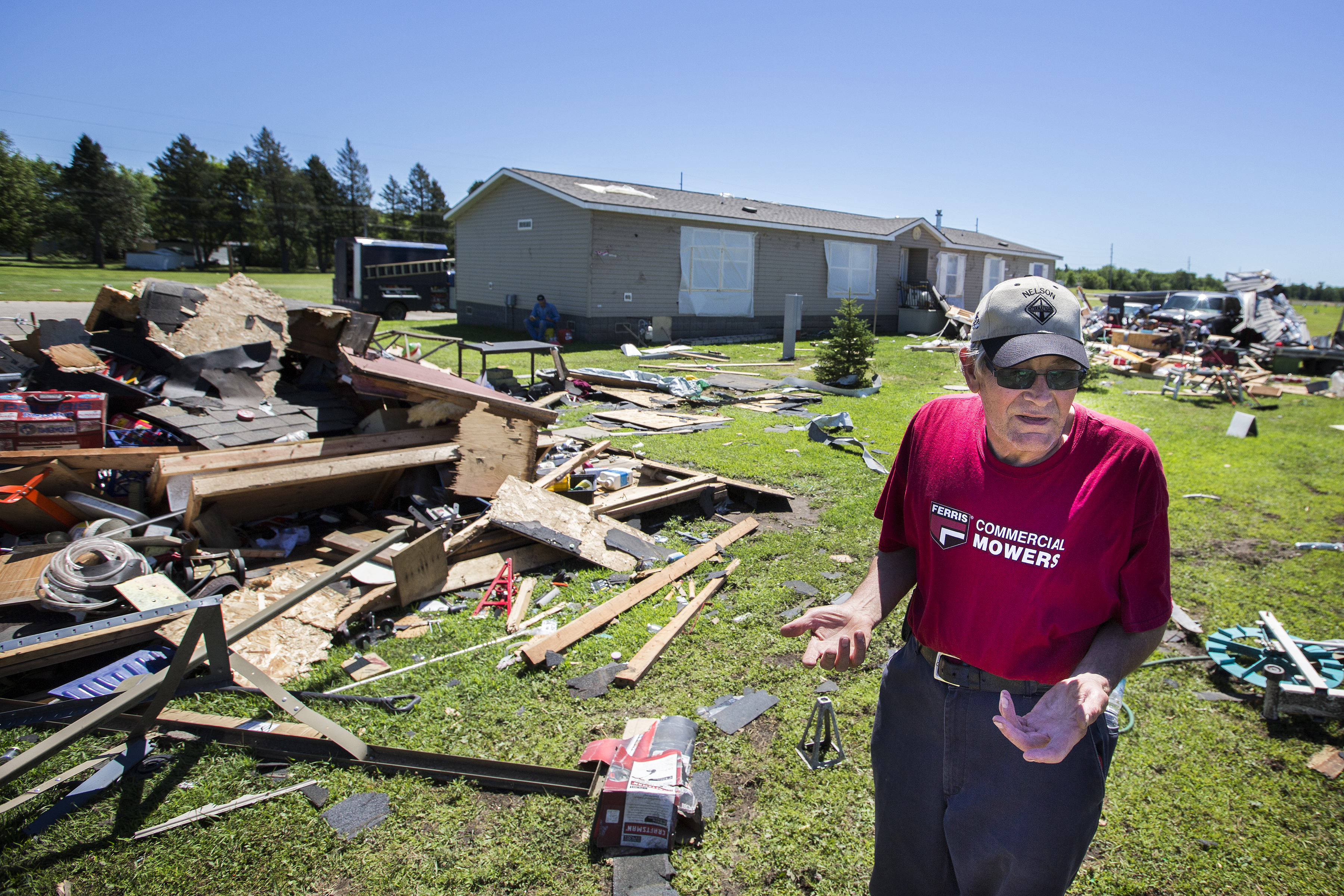 Severe storms have left residents reeling in parts of Minnesota and Wisconsin.

Walker said he was instructing the Wisconsin National Guard and all state agencies to help those affected by the storms.

Some area homes were being evacuated Tuesday afternoon.

The area saw two confirmed tornadoes, with Watkins and Litchfield being hit the hardest. There were no reported injuries.

"All the sudden there were things blowing all over," said one resident of the assisted living portion of the Hilltop Health Care Center in Watkins, which was evacuated. "There's a side on each door. One would open and shingles would come flying in that door and the other one would open and go flying out that door. I looked and I thought, 'Holy cow, we're in the middle of a tornado.'"

The sheriff and the Litchfield police chief said it was the worst damage they have seen in 10 years.