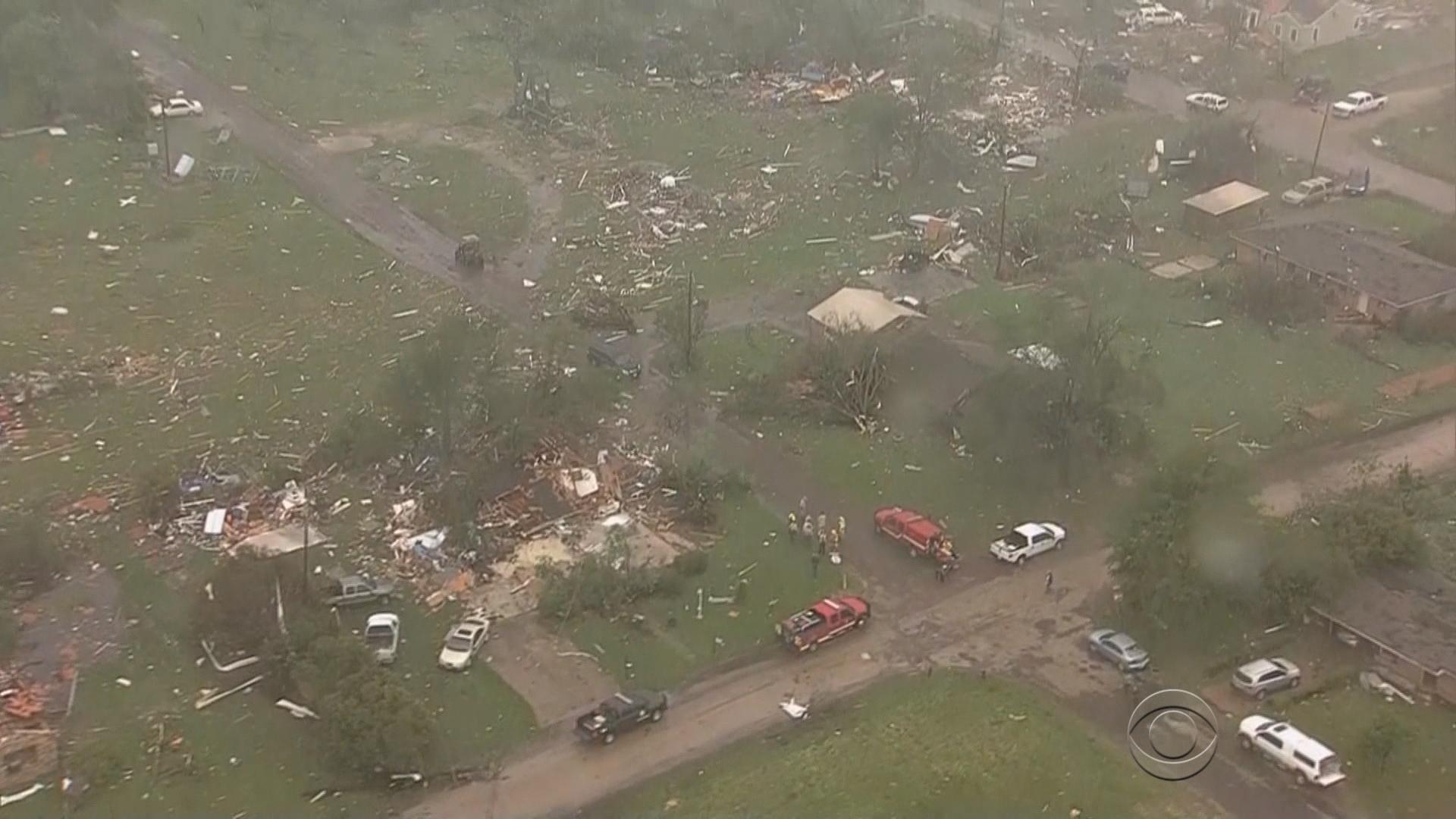 VAN, Texas -- A retired police officer and his wife were killed after their home collapsed in Sunday night's tornado in north Texas - and neighbors told CBS DFW that the man was found with one arm around his dog and the other reaching toward his wife.

A 14-year-old neighbor found the couple shortly after 6 o'clock Monday morning when neighbors realized David Tapley and his wife, Brenda, never emerged from the debris.

"Shocking... I couldn't move at all," says Emmanuel Vasquez. "All I did was yell."

Vasquez had joined his father and brother to search this field. He was hoping to find his neighbors alive. But several yards from where the couple's home once stood, Vasquez says he found their remains.

"I saw something and I got close to it," Vasquez said. "And it was the lady and then the man. So I just froze for a moment. And then I screamed for my dad."

His father, Aaron Vasquez says he'd seen the couple at home just this weekend. But amid the chaos Monday morning he saw no movement on their property.

He says Tapley lay with one arm around his dog, the other stretched toward his wife. It's an image this family won't forget. It was a reminder, Aaron Vasquez says, that life can slip away so quickly.

The Tapleys were described as animal lovers who were involved in local animal rescue groups, the Tyler Morning Telegraph reported. CBS DFW's Andrea Lucia reporters spotted many wayward dogs in the tornado wreckage: