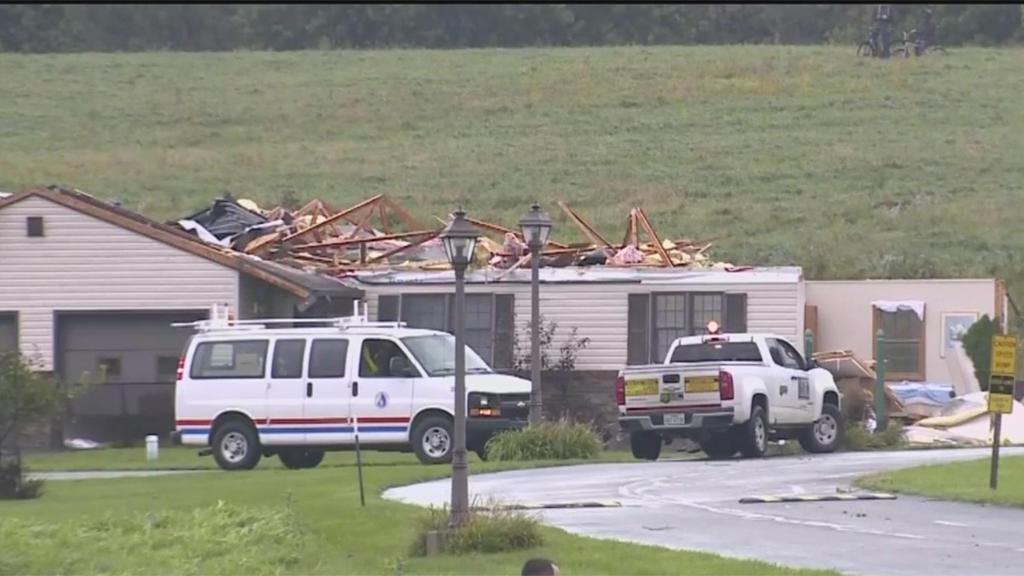 CONNEAUTVILLE, Pa. -- A tornado struck a nursing home in northwestern Pennsylvania, blowing a roof off one building and causing moderate to heavy damage, authorities said. No serious injuries were reported.

Rolling Fields said in a statement that all residents were being evacuated, and there were no serious injuries, although "two residents have been hospitalized for unrelated concerns."

"At this point our main priority is the elders (residents), care-partners (employees) and all others on site," said Lisa Haglund, vice president of marketing and development.

David Peterman, 67, told the Erie Times-News that he saw the storm that uprooted 10 large trees on his property.

"I saw the twister coming and I could see the debris flying in a circle," he said. "I went in the house and told my wife to get down into the cellar. She got about halfway down the steps and the lights went out. It was only a couple of minutes and it came right through our property."

Peterman said the storm did some damage to the mobile home his niece owns across the road, knocking down a couple of trees and blowing off everything on her deck.

Chief Randy Boyle of Hayfield Township Volunteer Fire Department said the storm downed trees and limbs and damaged roofs of several buildings, but there were no reports of injuries.

"We are thankful for the safety and well-being of our Elders (residents)," said David Smeltzer, executive director of Rolling Fields Elder Care Community in a Facebook post. "We are so proud of Tanya Bish, Administrator and our teams for working so quickly and professionally. With just a few moments notice, they moved our (Elders) residents to ensure the safety and security."