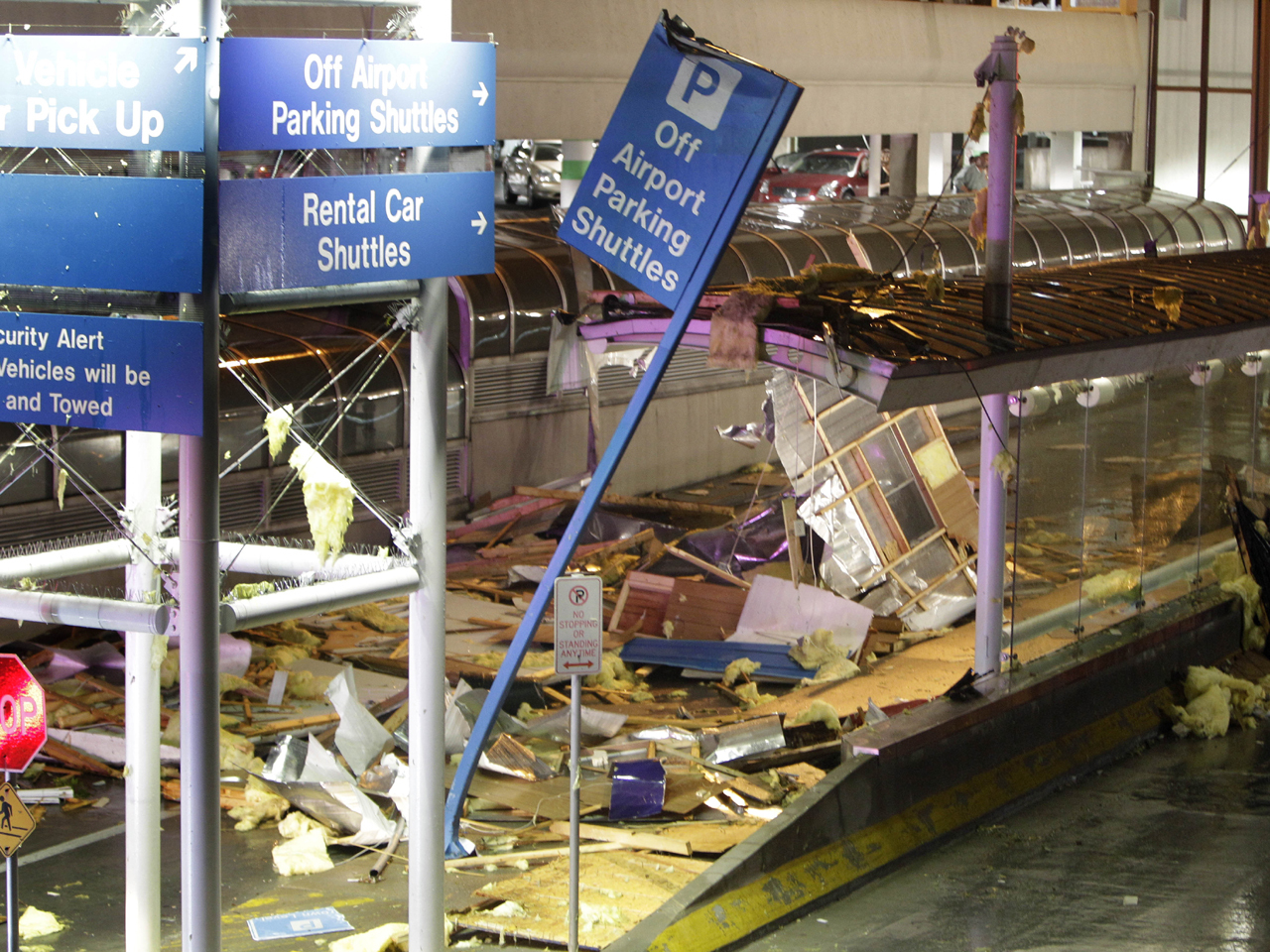 ST. LOUIS - Several people at Lambert Airport in St. Louis were injured Friday after an apparent tornado touched down, spewing debris over the airfield, bursting glass in the concourse and damaging cars atop a parking garage.

The tornado was part of a series of strong storms that struck central and eastern Missouri. Unconfirmed tornadoes were reported in several counties in the St. Louis area.

Lambert spokesman Jeff Lea said he did not immediately have information about how many people were hurt, or how badly. He said the injuries were believed to be from glass that shattered as the storm hit the airport. An Air National Guard facility at the airport was reportedly damaged.

Lea said several cars parked at the airport were damaged. He didn't yet know if any planes were affected, or if any flights were delayed or canceled.

Damage, possibly from a tornado, was also reported at several towns near the airport — Maryland Heights, Bridgeton, St. Ann, Ferguson and Florissant. Interstate 270 in that area was closed. Trees and power lines were down. A tractor-trailer was sitting on its end.

"It was pretty wicked," he said.

In downtown St. Louis, Busch Stadium officials hurriedly moved Cardinals fans to a safe area as tornado sirens blared. The game with the Cincinnati Reds was delayed for hours.