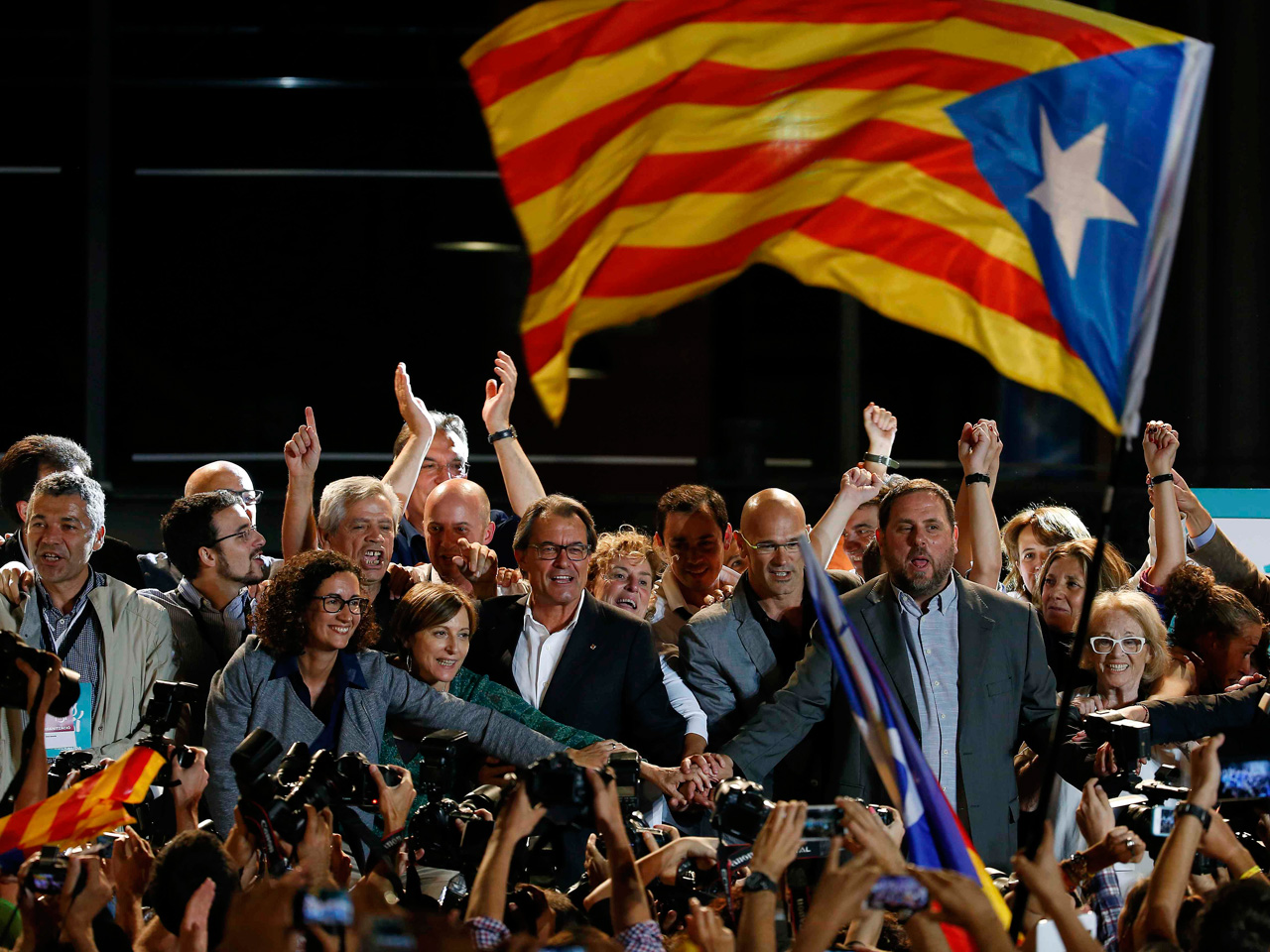 The court ruling said the resolution adopted Nov. 9 by the Barcelona-based parliament violated five articles of the country's 1978 constitution and articles of the region's own statute.

The ruling followed a challenge of the resolution by the Spanish government in Madrid. The resolution was seen as one of the most serious confrontations facing the Spanish state in recent history.

It remains to be seen what practical effect the court ruling will have and what Spain will do should the Catalan parliament choose to ignore it, as it has indicated it will.

Spanish Prime Minister Mariano Rajoy welcomed the decision, saying it made those "who believe in Spain, national sovereignty and the equality of Spaniards, very happy."

Pro-secession parties who pushed the resolution hold a slim majority in the Catalan regional parliament following September regional elections but the region of 7.5 million people is evenly divided over splitting with the rest of Spain.

The acting Catalan regional government has said it intends to press ahead with the desire expressed in the resolution. It argues that the resolution is a political one with no legal standing and that the court cannot rule against a parliament's political will.

The resolution authorized the incoming regional government to begin work on a Catalan constitution and to establish tax-collecting and security systems. It also exempted it from being forced to heed Spanish institutions, including the Constitutional Court.

Under a new law, the Constitutional Court is empowered to suspend public officials who ignore its rulings.

Pro-independence sentiment began to swell some four years ago at the height of Spain's economic crisis with secessionist parties claiming Catalonia could do better on its own.

Also Wednesday, the National Court said it was investigating two Catalan towns for possible crimes against the Spanish crown and state for passing motions supporting the independence resolution.