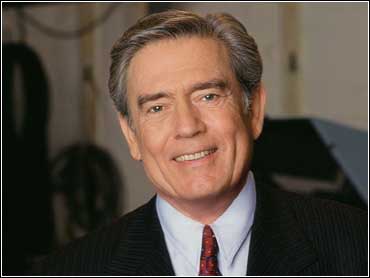 This address was delivered strongly and well. Whatever one may think if the content - the substance of the address - its delivery, was one of President Clinton's best ever.

The president began with an aggressive, smart and proud look back at his presidency. Among the best lines of his speech were: "We will be judged by the dreams and deeds we pass on to our children."

At least part of the reason for his success may be that Mr. Clinton reportedly worked harder and longer on the preparation of this speech than most.

Several White House aides tell CBS News that they have rarely if ever seen him so directly involved in the speech writing, and that he rehearsed the delivery much more than usual.

Neither was President Ronald Reagan. Mr. Reagan's deserved reputation as "The Great Communicator" was based primarily on his ability to deliver a speech superbly, not on his writing of them.

Presidents Lyndon Johnson and Gerald Ford rarely wrote much of their most important speeches. Presidents Richard Nixon and Jimmy Carter were widely reported to have been somewhat more involved in speech writing - at least on a limited, selective basis.

Mr. Clinton often has had voice problems in delivering speeches. This hoarseness of voice has been somewhat of a trademark off and on but was nowhere in evidence tonight.

Tonight, his voice was strong; he seemed to know his material exceptionally well and be unusually determined to deliver it well.

The Founding Fathers thought reporting on the State of the Union was so important, it is one of the few presidential duties actually spelled out in the Constitution.

For many years, presidents considered it just that, a duty. They delivered to Congress what was then called the Annual Message in writing. It was Woodrow Wilson who revived the tradition of delivering the message in person. He turned a duty into an opportunity to rally support for his vision of America.

Wilson's wife said she bet Theodore Roosevelt only wished he'd thought of it. Tonight, William Jefferson Clinton mounted this Bully Pulpit for one last time as President of the United States. And he used the opportunity well. To preach, to teach, to plead and to prod the country toward his vision of America in the 21st century.