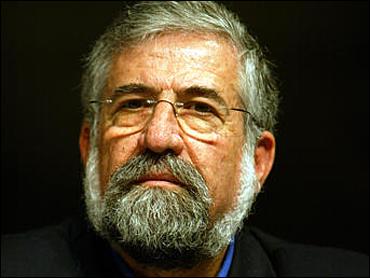 Three months after he was trounced by Prime Minister Ariel Sharon in national elections, the leader of Israel's dovish Labor Party has resigned.

Amram Mitzna led the once-powerful party to its worst showing ever in elections in January. Many top party members were outraged by his ultra-dovish platform, reports CBS News Correspondent Robert Berger, which offered peace talks with Yasser Arafat and a unilateral Israeli withdrawal from the Gaza Strip. They accused Mitzna of failing to read the public mood.

Polls showed a sizable number of Israelis favored the concept, but Mitzna was not able to cash in. In the election, Labor — Israel's unchallenged leader for its first 30 years and the party of its founders — dropped from 26 seats to 19 in the 120-seat parliament. Sharon's hard-line Likud Party doubled its strength from 19 to 38 seats and easily formed a majority government coalition without Labor.

Starting the election campaign far behind Sharon, Mitzna was unable to close the gap. The bespectacled, bearded ex-general with a reedy, tenor voice, waging his first national campaign after 10 years as mayor of Haifa, failed to inspire voter confidence against Sharon, an ex-general with decades of Cabinet experience and a term as premier behind him.

"I am sure that the political lines I presented and the policies I laid out are correct," he said. "But I am less sure of my ability and will to repeatedly deal with, every morning, (challenges) to the legitimacy of my leadership."

It's possible that the new party leader, whoever it will be, will do what Mitzna refused to do, and lead Labor into government with Sharon.

Meanwhile, the Bush administration has held its first talks with the new Palestinian prime minister.

U.S. envoy William Burns met with Mahmoud Abbas Monday in the West Bank town of Ramallah, after meeting Sunday with Sharon. Burns is pushing the new US peace plan known as the "road map."

"I think that it's absolutely critical … that terror and violence be ended. It's impossible to conceive of progress being made in the direction of the two-state vision unless there are decisive efforts to bring that about," Burns told reporters Sunday.

He has no plans to see Arafat, target of a U.S. boycott.

Burns is preparing the ground for Secretary of State Colin Powell, who is expected in the region next weekend.

High-level Israeli-Palestinian talks are expected to resume next week, as Sharon meets with Abbas, marking the highest level talks since Sharon took office over two years ago. Israeli sources say the two will discuss implementing the "road map." Israel's defense minister also plans to meet with Abbas to discuss renewing security cooperation. The talks are an indication that Israel plans to give Abbas a chance.

On Sunday, Abbas called on Israel to implement the plan as it is written, but Israel insists that before it takes any steps, the Palestinians must move to stop militant groups from attacking Israelis.

Abbas told Palestinian reporters Sunday, "Until now we have not heard any Israeli acceptance of this map. What we heard is that Israel had comments on it. If we and the Israelis are serious, then we should begin implementing the road map."

An Israeli court on Monday sentenced a Palestinian militia leader to 14 terms of life in prison, plus 50 years, for orchestrating several shooting and bombing attacks on Israelis in the past 31 months of fighting.

The defendant, Nasser Awais, 33, is the most senior Palestinian convicted by an Israeli civil court since the current round of violence began in September 2000. Most suspected militants are tried by Israeli military tribunals.

Israeli prosecutors have said Awais is a top aide to Marwan Barghouti, a Palestinian uprising leader currently on trial in Israel.

Awais is a co-founder of the Al Aqsa Martyrs' Brigades, a militia linked to the ruling Fatah movement. Awais and four other Fatah activists in the West Bank founded the militia shortly after September 2000. Four of the founders are in Israeli jails, and one has been killed in an arrest raid.