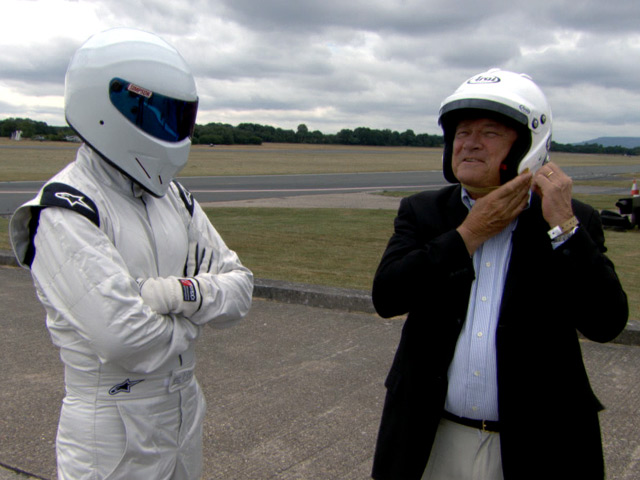 In this week's "60 Minutes" broadcast, you saw Steve Kroft strap on a helmet and ride shotgun with a race-car driver from "Top Gear."

What's "Top Gear"? The simple answer is that it's a British car show on the BBC that's watched by 350 million viewers in more than 170 countries every week but is unknown to most of America.

But "Top Gear" is not really about cars. It's about the adventures of its three clever hosts who travel the world conducting elaborate automotive experiments and competitions that push the boundaries of television. It's part reality show, part Monty Python.

This summer, Steve Kroft and his "60 Minutes" team interviewed the program's hosts and producers at their studio, a hangar at an old R.A.F. airfield outside London. What they brought back was a "60 Minutes" story that left an array of irresistible outtakes on the cutting room floor. In this video, "60 Minutes Overtime" collects the best material that didn't make the broadcast, starting with episode in which "Top Gear" straps an old Reliant to a rocket. Enjoy.

New documentary "The Beatles: Get Back" recasts old narratives

Next week on 60 Minutes: Fogo Island