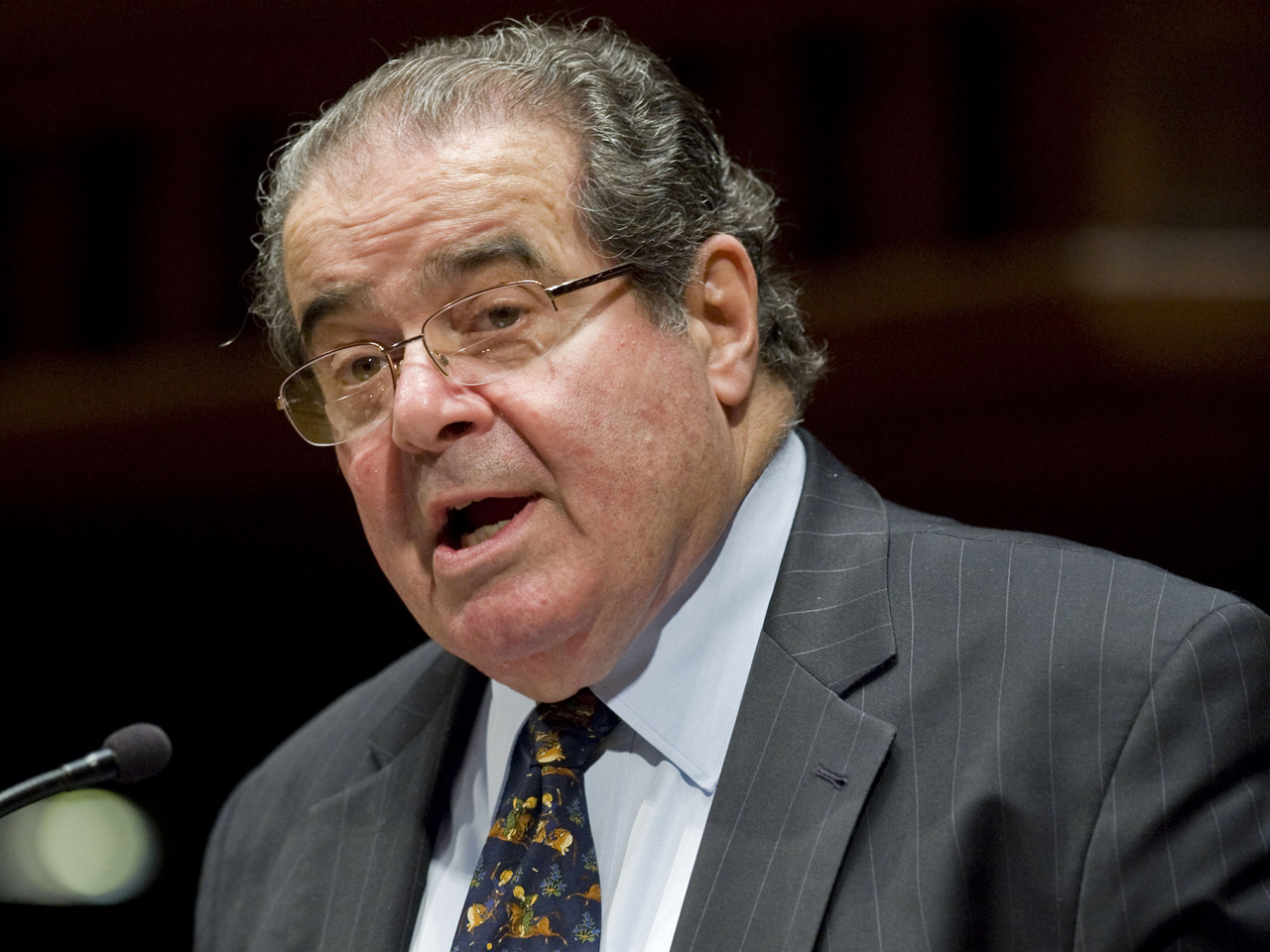 Leading Democrats are condemning the words of Supreme Court Justice Antonin Scalia as "racist," after he implied that African American students should be attending "slower-track" schools during the oral arguments of an affirmative action case focused on the admissions policy of the University of Texas.

"It is deeply disturbing to hear a Supreme Court justice endorse racist ideas from the bench on the nation's highest court," Reid said Thursday, pronouncing them "racist in application."

Scalia, who can be heard in audio released Friday of the Supreme Court arguments, had argued against the admission policies of Texas' flagship university, saying that "there are those who contend that it does not benefit African­ Americans to --­­ to get them into the University of Texas where they do not do well, as opposed to having them go to a less-­advanced school, a slower-­track school where they do well."

"Most of the black scientists in this country don't come from schools like the University of Texas," Scalia added. "They come from lesser schools where they do not feel that they're that they're being pushed ahead­­ in classes that are too ­­ too fast for them."

Scalia was, the New York Times pointed out, talking about what is known as the mismatch theory, in which students who have lower grades and test scores who are admitted to the most competitive schools "are almost certain to do badly academically," Stuart Taylor, Jr., told the Times. Taylor is a lawyer who cowrote the book, Mismatch: How Affirmative Action Hurts Students It's Intended to Help, and Why Universities Won't Admit It."

The University's lawyer, Gregory Garre, countered Scalia's comment by saying that the holistic minority students improve their academic performance over time, and the solution could not be "to set up a system in which not only are minorities going to separate schools, they're going to inferior schools."

Reid denounced Scalia's argument on the Senate floor, saying that "ideas like this don't belong in the Internet, let alone the mouths of national figures."

He also compared it to the controversial statements made by Republican presidential front-runner Donald Trump.

"As we speak, Donald Trump is proposing to ban Muslim immigration. Other leading candidates are proposing a religious test, tossing around slurs on a daily basis," Reid said. "And now a Republican-appointed justice endorsing racist ideas from the Supreme Court bench. The only difference between the ideas endorsed by Trump and Scalia is that Scalia has a robe and a lifetime appointment."

"It's such an indication of the lack of appreciation for the people of our country," she told reporters. "It is indicative of why they make the decisions they do but it has no place on the court or in our country."

Later, Pelosi called on Scalia to recuse himself from the case.

"It clearly shows a bias," the California Democrat told Politico Friday. "I think that the justice should recuse himself from any case that relates to discrimination in education, in voting, and I'm sorry that he made that comment."

"His statements undervalue the historic achievements we have made," Butterfield said.