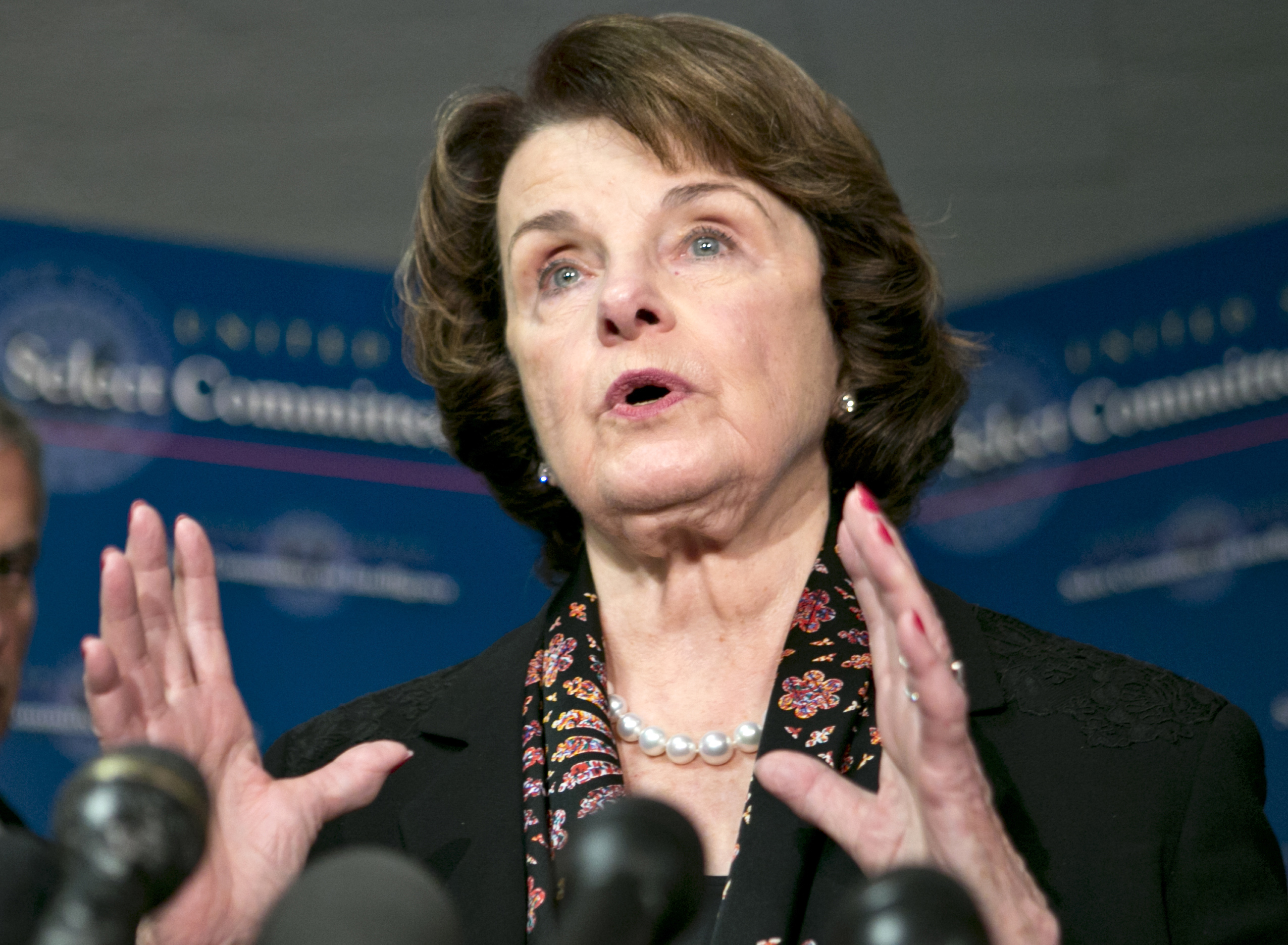 WASHINGTON The force-feeding of terror suspects at the U.S. detention facility at Guantanamo Bay, Cuba, runs counter to international standards, medical ethics and the practices at American prisons, the head of the Senate Intelligence Committee said Wednesday in pressing the Pentagon to establish a more humane treatment.

Sen. Dianne Feinstein, D-Calif., who traveled to Guantanamo earlier this month, wrote in a letter to Defense Secretary Chuck Hagel that she opposes the force-feeding of prisoners who have been on a hunger strike to protest their conditions and indefinite confinement.

As of Wednesday, 104 of the 166 prisoners at the U.S. detention facility were on hunger strike and 44 were being fed to prevent dangerous weight loss. One of the men was hospitalized for observation but did not have a life-threatening condition, said Army Lt. Col. Samuel House, a spokesman for the detention center on the U.S. base in Cuba.

"Hunger strikes are a long-known form of non-violent protest aimed at bringing attention to a cause, rather than an attempt of suicide," Feinstein wrote. "I believe that the current approach raises very important ethical questions and complicates the difficult situation regarding the continued indefinite detention at Guantanamo."

Feinstein said that during her June 7 visit to the installation with Sen. John McCain, R-Ariz., and White House Chief of Staff Denis McDonough, they were briefed on the Pentagon policies on handling prisoners on hunger strikes. Since then, a review by committee staff found significant differences between how the Pentagon force-feeds detainees at Guantanamo and how it is done by the U.S. Bureau of Prisons.

She said the U.S. prison system has several safeguards in place that do not exist at Guantanamo.

At Guantanamo, "all detainees being force-fed — regardless of their level of cooperation — are placed in chairs where they are forcibly restrained. The visual impression is one of restraint: of arms, legs, and body. Further, at Guantanamo Bay, detainees are fed twice a day in this manner, potentially over a substantial period of time."

After their trip, Feinstein and McCain issued a statement saying they favor closing the detention facility and moving the prisoners to other locations.

The defense bill approved by the Senate Armed Services Committee last week includes a provision that allows the temporary transfer of terror suspects to a Defense Department medical facility in the United States to prevent the death or significant imminent harm to a prisoner's health.

However, the full Senate is not expected to consider the bill until the fall and lawmakers are likely to try to change the provision.