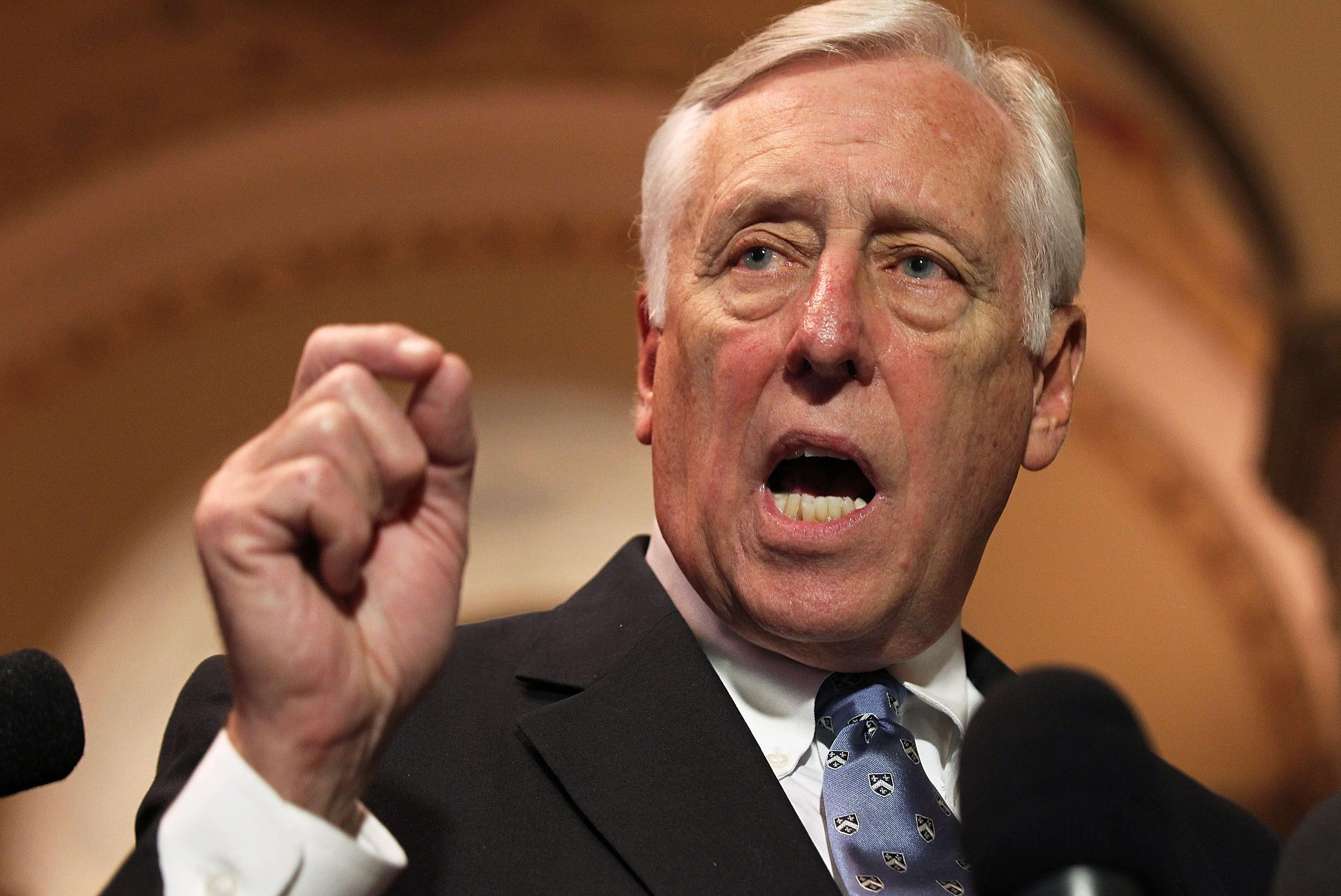 Minority Whip Rep. Steny Hoyer, D-Maryland, said he has spoken with Ellison, who denies allegations that he abused his ex-girlfriend, Karen Monahan.

However, when asked about the allegations by CBS News, Hoyer told a group of reporters he has never seen any action by Ellison "to indicate violent behavior." The accusations against Ellison, a top leader in the Democratic National Committee, come as the congressman is running for Minnesota attorney general.

Last month, Monahan sat down with CBS News and said in 2016 Ellison confronted her and proceeded to drag her off her a bed.

"He looked at me, goes 'Hey you f***ing hear me … and then he looked at me, he goes 'Bitch, get the f*** out of my house,' and he started to try to drag me off the bed," Monahan told CBS News' Jericka Duncan. Monahan also said she videotaped the altercation but does not feel comfortable releasing the video because it's too traumatic for her.

Hoyer finds it "interesting" that Monahan has not released the video and added that it is important to find out who is "telling the truth."

Ellison has expressed shock about Monahan's accusations against him.