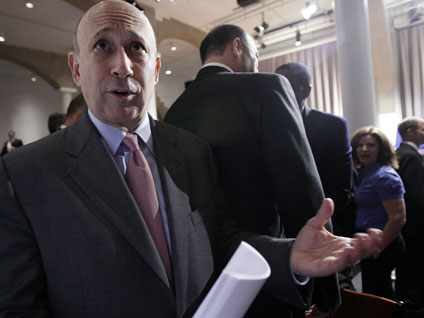 
Longtime Democratic insider Tony Coelho lashed out at the John Kerry presidential campaign, characterizing it as a campaign in chaos. With yet another appointment of a former Clinton administration staffer to Kerry's team on Tuesday, Coelho argues the problem is worsening.

"There is nobody in charge and you have these two teams that are generally not talking to each other," says Coehlo, who ran Al Gore's campaign early in the 2000 presidential race. As Coelho and other detractors see it, there is a civil war within the Kerry campaign.

"Here are two groups that have never gotten along and have fought, and it is a lot over money," says Coehlo. "Because in the Democratic Party the consultants get paid for the creation and the placement of [advertising]. Republicans only pay you for the creation."

Coelho, a former congressman who served as House majority whip for the Democrats from 1987 to 1989, does not question any of the Kerry staff's sincerity in wanting to unseat President Bush. But his comments highlight a longstanding battle within the Democratic Party for national campaign control.

And Coelho adds that the Kerry campaign staffers "are in serious trouble now, so they want to bring in the Clinton people."

The Democratic scuttlebutt has long been filled with concern over Shrum's losing streak. The don of Democratic strategists has never won a presidential election, from George McGovern to Edward Kennedy to Al Gore. When Coelho resigned as chairman of the Gore campaign, Shrum, in large part, took the reins.

The Kerry campaign insists this is not the case; it says Mary Beth Cahill is still in charge. But last week, the appointment of strategist John Sasso as a senior adviser began to belie such claims.

Indications inside the campaign are, with the former Clinton staff on board and Sasso's daily role increasing, both Cahill's and Shrum's roles have diminished. Another strategist, Michael Whouley, is also said to increasingly have Kerry's ear.

Calls and e-mails to Cahill and the Kerry campaign were not immediately returned.

"What I'm looking for is a Karl Rove and I don't know where our Karl Rove is." Coelho says. "I think Sasso is a Karl Rove. I'm very high on Sasso because I don't think he plays Machiavellian games. I think he very sincerely wants to win. I think he is very big on Kerry. And I think he's tough enough to say, 'Goddammit, come together.'"

Sources inside the Kerry campaign say the Democratic nominee was fuming that his advisers told him to ignore charges by the Swift Boat Veterans for Truth. The group claimed Kerry lied about his war record and betrayed fellow veterans by testifying to Congress about alleged atrocities committed by U.S. soldiers.

The Kerry campaign was slow in countering the Swift Boat charges, the allegations persisted and Kerry's bad August ensued.

Kerry led most polls leading into August. By the second week of September, President Bush had come back and now has a four-to-seven point lead over Kerry, depending on the poll.

"Our problem here is a national message," Coelho says. "What is it that we [Democrats] are? If you go to Kerry, that's a disaster because the candidate should not be involved in solving disputes or the creation of his message.

"You need a [campaign] boss, somebody who says 'Shut up, we are going to work this out.' Not someone who can go around to Kerry, and that's Shrummy's forte," Coelho continues, speaking of Shrum. The Kerry campaign has over the past week refuted speculation that either Shrum or Sasso are running the campaign.

But in a sign of how seriously the Kerry campaign is taking its dive in the polls, a trio of ex-Clinton staffers has come aboard recently, including former Clinton press secretary Mike McCurry who signed up on Tuesday. He joins Joe Lockhart, another onetime Clinton press secretary, and Joel Johnson, the former president's legislative strategist.

The call for the Clintonistas, in McCurry's view, illustrates that Democrats are circling the wagons.

"Democrats are sort of coming out of places where normally they might sit on the sidelines," McCurry says, "because there is a strong sense that we really need to get in there and try to help, because it is an important election."

McCurry emphasizes that he is not in charge. "I'm not pretending that I'm taking any major strategic role," he continues. "I think they've got too many gurus in that campaign. I'm going to be a road guy and help out and make sure Kerry's as good as he can be."

McCurry defends the Kerry camp and says he doesn't think they got off message in August. "I think Bush got on message," he says.

"I think [Mr. Bush] had a much better August than he had had prior," McCurry adds. "So I think part of this is a reaction to the fact that [the Bush campaign] sharpened up their operation and had a good convention on their side. We just have got to do our bit, on our side."

"I said I would think about it," McCurry says. "And then when I talked to Lockhart and said, 'What's your assessment of what you really need?' it was pretty clear that he could use the help. And he's a guy that has been there for me so I wanted to help him."

McCurry was quick to speak of himself as a deputy, not the sheriff. Though Coelho questions Cahill's ability to run the campaign, he does not question her managerial ability.

"She's basically a C.O.O, and a very good one. I think she's a very effective administrator," Coelho continues. "What McCurry represents is further chaos because McCurry's not in charge. If they were telling me that McCurry's in charge, then I'd feel better. I'm not sure he's the right guy, but I'd feel better."

Of Shrum's role as adviser, Coelho says "I'm not anti-Shrummy here. What I'm saying is that you need to have someone in charge and I think Sasso's capable of it."

"If [Sasso] is in charge then Goddammit, say it and stop having the speculation of who's in charge because that's worse," Coelho says. "It also starts to impact in regard to the whole image of leadership. If someone can't control a message in a presidential campaign, how are you going to be a good president?"