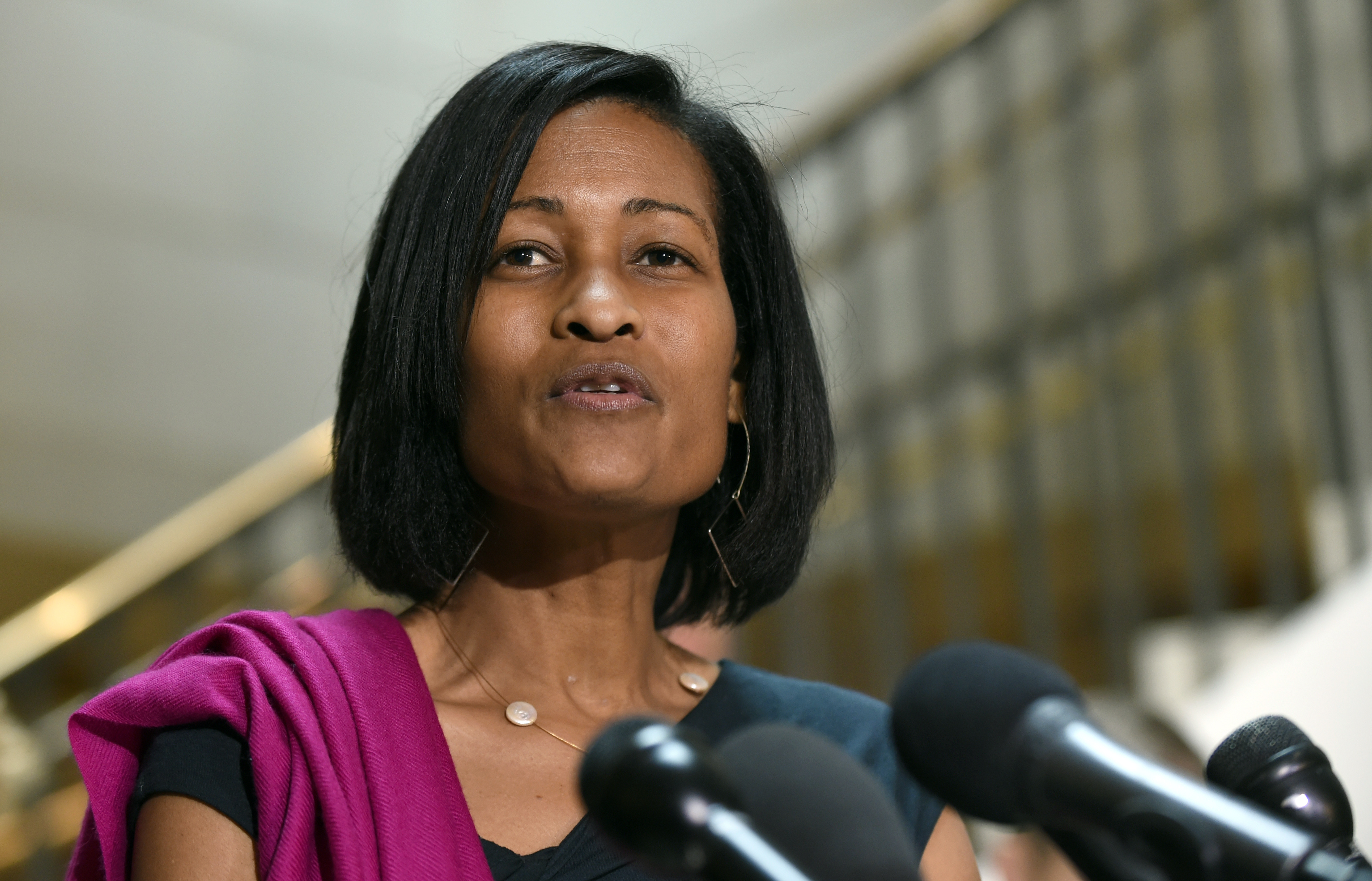 Cheryl Mills, a top aide to Hillary Clinton during her tenure at the State Department, told the House Select Committee investigating Benghazi that she never knowingly mishandled classified information.

In a private session with the panel, Mills, who was then Secretary Clinton's chief of staff, told the Benghazi panel that no work-related emails had been withheld or destroyed in the process of handing the documents over to the State Department, according to Politico. She added that those deciding what was given to the department were careful to be overly inclusive on what counted as a professional email.

And as for sensitive information she handled while at the State Department, the longtime Clinton aide said she herself never sent emails from a classified system to an unclassified one.

Mills also reported that several State Department employees knew that Clinton was using a personal email account as secretary, according to the New York Times.

The former State Department staffer had first asked that her testimony be open to the public, Republicans on the panel denied that request.

After Mills' testimony, Benghazi Committee Chairman Trey Gowdy, R-South Carolina, told reporters the dialogue was "professional and fact-centric" and that the former Clinton aide had answered all of the panel's questions. Ranking member Elijah Cummings, D-Maryland, added that Mills was "very thorough and transparent."

"I could understand why she said she wanted it to be open to the public," Cummings said in the press conference Friday.

Mills, who has been a Clinton adviser and lawyer for years, is one of the most important figures yet to testify before the Benghazi committee, which began its probe last year. Mills and Clinton lawyer David Kendall oversaw the legal staff sorting through Clinton's emails and providing them to the State Department.

But while some staff in the Clinton State Department have openly agreed to appear before the House panel, earlier this week one former IT staffer, Bryan Pagliano, said he would plead the Fifth Amendment in response to Gowdy's subpoena.

Gowdy inferred to reporters Thursday that Pagliano's assertion of his Fifth Amendment privilege could indicate he was involved in some misconduct.

"I know in the past why people have invoked that privilege, and you're free to glean whatever inference you want from the fact that he did," the South Carolina Republican said.

Mill's testimony comes just as the State Department made public nearly 7,000 pages of Clinton's emails on Tuesday -- the largest batch yet released. About 150 emails were redacted because of information now deemed classified, though they were not identified as classified at the time.

The Clinton campaign's communications director, Jennifer Palmieri, addressed the emails Thursday in a conference call with reporters, saying that the information contained within the documents will reflect positively on the former state secretary.

"We have a big date coming up in the end of October when she goes before the committee and answers questions," Palmieri said Thursday evening. "That will be a useful exercise in at least having the public see she's addressing this."

In recent weeks, Clinton's presidential campaign has faced mounting competition from other figures in the Democratic party, like Sen. Bernie Sanders, and Vice President Joe Biden has also been seriously considering a White House run.

Jake Sullivan, the director of policy and Clinton's deputy chief of staff while at the State Department, will testify in front of the House Benghazi Committee Friday.