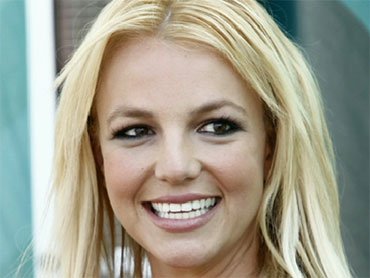 One of the most telling ways to assess our national interest in economics, politics, and entertainment is to analyze the top web searches of the year. So what are the most searched topics on Yahoo! this year?

Heather Cabot, Yahoo! Web life editor, shared on "The Early Show" what the hottest web topics were in 2009 and what they say about Americans and our national consciousness.

Cabot said people mainly use the Internet as an escape.

"When people do searches on the Web it means that they have 10 minutes to let their heads take a break from the daily grind. Or they have a half an hour away from the kids," she said. "People use the Internet to learn more about entertainment gossip. It's their way to get instant gratification on whatever topic they want to check into further."

In 2009, Cabot said the Web was an integral part of the news cycle as people rushed online to get updates about topics as diverse as the economy, foreclosures, Michael Jackson, unemployment, "Jon & Kate Plus 8," and health care.

As the recession entered its second year, she said old-fashioned thrift become a necessity (the number one economic search was coupons), as those lucky enough to have jobs and homes scrimped, saved, and "stay-cationed."

"People rolled up their sleeves and dug in to shift from crisis to survival, and went online to make sense of the seeming chaos around them by tracking stories -- and welcoming distractions -- throughout the year," she said."

The King of Pop knocked the pop princess off her Search perch in 2009, Cabot noted. Britney Spears -- who dominated Yahoo!'s Top 10 Overall Searches for the past four years -- dropped from the No. 1 position to No. 5 this year, behind Michael Jackson, the book and film series "Twilight," World Wrestling Entertainment, and rising star Megan Fox. Michael Jackson's death broke many records on Yahoo!, Cabot said. His memorial was the single most streamed event in Yahoo!'s history, with five million total streams, she said. The popularity of "Twilight" also hit an all-time high in 2009 -- with every "Twilight" book, DVD, and soundtrack release; and with every piece of cast gossip, massive numbers of "Twilighters" went online to search for more.

In 2009, Michael Jackson's sudden death prompted an online search sensation. His life and death became a phenomenon that rivals Elvis Mania, Cabot said. People were all over the Web to reminisce, watch the funeral and buy his music. she said. Cabot added that Jackson's funeral was the most streamed video of all time. Other notes of interest on the top 10 list is that Megan Fox continues to fascinate and titillate.

Cabot added that no matter how many times people say that reality TV is dead, it's still on, and how. Kim Kardashian, a celebrity known mainly for her reality TV show, "Keeping Up with the Kardashians," is No. 8.

"More than ever before, people use mobile devices to discover new things, stay connected and stay informed while on the go," Cabot said. "What's worth noticing here is the difference between what we look for on our computers versus what we look at on our phones. There is still a certain amount of escapism there, Megan Fox is still number one, although the search on the mobile network is dominated by picture downloads, rather than information."

Also worth noticing on the top four, is that people are looking for mobile games to kill time when they are out and about, and movie showtimes. Cabot said people use their cell phone Internet search engines for more practical purposes than their computer Internet.

Coupons were by far the No. 1 search on the web, showing that people at home are still interested in saving any way they can. The second most important economic concern for people if you judge by the search is unemployment. Many Americans, Cabot said, will not feel this economically dark period will not be over until the job market recovers. The "Stimulus Plan" and "Cash for Clunkers" are also big searches for people as they attempt to look into what the government is doing to help them, Cabot said.

Our current president continues to fascinate Internet users. In fact, Cabot said, until the Michael Jackson funeral, the Obama inauguration was the number one streamed video on the web.

Cabot added, "People want to know who he is, what he has said, and where he comes from."