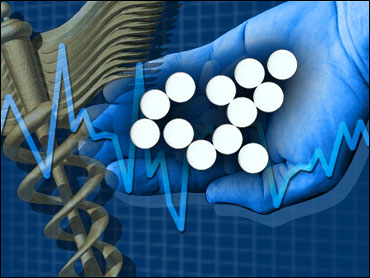 Too many patients get potentially addictive, under-effective drugs for migraine — and too few get the most effective migraine drugs, a new survey shows.

Surprisingly, the survey shows that one in five migraine sufferers are taking potentially addictive opioid or barbiturate medications when they get headaches. Just more than half of migraine patients take the newer, preferred class of triptan drugs for their headaches.

"I was surprised that triptans are not being used more than they are,
and that so many doctors are prescribing barbiturates and opiates," Brian M. Grosberg, M.D., director of the inpatient headache program at Montefiore Headache Center, Bronx, N.Y., tells WebMD.

The survey shows that too many doctors have as much to learn as their
patients when it comes to migraine treatment, says Donald B. Penzien, Ph.D., director of the head pain center at the University of Mississippi Medical Center.

"Clinical guidelines could not be more clear: Triptans are the first-line treatment for migraine," Penzien tells WebMD. "If doctors were doing a better job of getting and giving education, more patients would be starting with these drugs."

Triptan drugs include Amerge, Axert, Frova, Imitrex, Maxalt, Relpax, and Zomig. They are specifically approved by the FDA for the treatment of migraines.

Neither opioids nor barbiturates are FDA-approved treatments for migraine.
Opioids include morphine, codeine, and related medications. Drugs that contain opioids include OxyContin, Darvon, and Vicodin. The barbiturates family of drugs includes butalbital (Fiorinal, Fioricet), which has often been prescribed for migraine patients.

Few doctors still prescribe opioids or barbiturates as first-line migraine treatments. But when a first treatment fails, the survey shows that 25 percent of general practitioners — but only 7 percent of neurologists — prescribe the drugs as second-line treatments.

This doesn't mean that these potentially addictive drugs should never be used. Triptans don't work for everyone — and people at risk of heart disease or stroke can't take them.

"There may be patients using opiate medications to manage their
headaches in a very appropriate way," Penzien says. "It should not be a
first-line choice — but the truth is, there is a substantial minority of patients for whom triptans have no effect or have too many side effects. Triptans are a godsend to many patients, but they are not the entire answer to migraine treatment."

The role of barbiturates is much more controversial — despite doctors'
decades-long history of prescribing butalbital for severe headaches.

"Butalbital has been used forever without any clinical trial evidence
that it is effective," Penzien says. "The potential for dependence and
withdrawal is clearly there. Barbiturates should be used only in a limited fashion, and in clearly controlled circumstances."

Grosberg agrees that while barbiturates are a controversial migraine
treatment, they may be helpful for patients whose individual circumstances preclude other treatments.

"It's never good to use a cookie-cutter approach. Each patient has different needs, so treatment must be tailored to the patient," he says.
"If people are having very frequent headaches, they should certainly not be prescribed opiate or barbiturate medications — but it is important to not overuse any type of headache medicine."

Overtreatment: A Common Cause of Migraine

The average patient in the survey reported five migraine headaches a month.
That puts them at risk of what doctors call "rebound headache" — headaches caused by too-frequent doses of headache medicine.

"Patients really must limit acute-headache medications to no more than
two days a week — obviously except for the occasional very bad week — to
avoid rebound headache," Grosberg says.

"About 15 percent of our patients come in with medication-overuse headache, usually from overtreatment with opioids or barbiturates," Penzien says.
"Our first job is to get patients to stop using medicines prescribed by
well-meaning doctors. And for many, that is all they need. We get them over rebound headaches, and that is all they need for control."

That's because well-managed migraines become less and less of a problem.

"When you have confidence in your own ability to manage headache symptoms, they don't distress you as much," Penzien says. "Distress is one of the triggers for migraine. If you sense a migraine coming on and you think, 'Oh, I am going to spend the rest of the day writhing in bed,' it is distressing and your headache is worse. When you have a treatment you know will help, you feel more in control, and you avoid that trigger."

Penzien and Grosberg note that triptans, opiates, and barbiturates aren't the only treatments for migraine. There's also a role for over-the-counter painkillers such as ibuprofen and naproxen — although like their prescription counterparts, these drugs can have serious side effects and should never be taken regularly without a doctor's advice.

Patients experiencing as many headaches as the average survey patient may also benefit from another treatment strategy: prevention.

"With five headaches a month, the average patient in this survey would
be well advised to consider a preventative medication to help manage their problems with rebound and side effects and reduce their need for acute-headache medications," Penzien says.

"None of the migraine preventives were actually invented for prevention
of migraine, but for other types of conditions," Grosberg notes.
"Prescription drugs used for migraine prevention include beta-blockers,
calcium-channel blockers, tricyclic antidepressants, antiseizure medications, and even Botox. Nonprescription drugs include magnesium, riboflavin, and a butterbur-root extract called Petadolex."

Headache treatment isn't simple. Patients who suffer frequent migraines
should consider asking their primary care doctor for a referral to a
neurologist or a headache specialist, Penzien and Grosberg suggest.

Both stress the need for more patient education — and for a lot more doctor education.

"The sad truth is that many doctors remain to be educated about the
state of the art of migraine therapy," Penzien says. "Doctors have to
partner with migraine patients and educate them about their disorder and the management of the disorder. That is a role doctors aren't handling very well."

By Daniel DeNoon
Reviewed by Brunilda Nazario
B)2005-2006 WebMD, Inc. All rights reserved