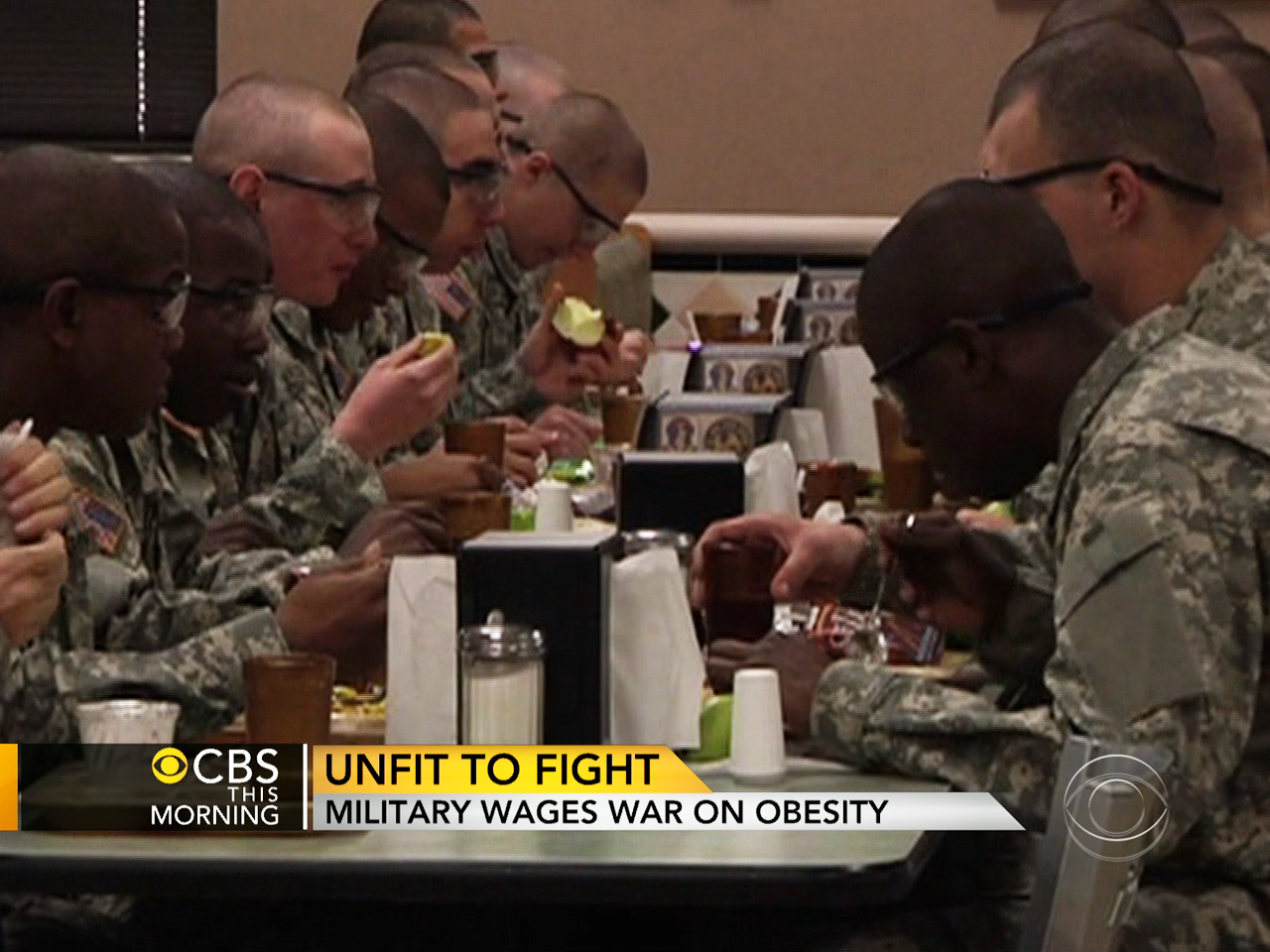 Obesity, they say, poses a threat to national security.

"I've definitely seen the problem getting worse," she said. "The population has gotten bigger. They don't move as much."

Among 17- to 24-year-olds, 27 percent are too overweight for military service. Over the past 50 years, the number of women considered ineligible due to weight has tripled, and the number of men has doubled, officials say.

Retired Rear Adm. James Barnett has said of obesity, "(It's) not just a major health issue for our nation; it's also become a national security issue."

And these days, it's a battle the military is taking up. Teaming up with more than 300 of his colleagues, Barnett is fighting the war against obesity with a powerful ally: first lady Michelle Obama.

The Army now requires nutrition education as part of its basic training.

Military officials monitor soldiers to make sure they're fit enough to fight on a consistent basis. Recruits who can't keep the weight off may be kicked out of service.

For more on weight in the military and in America at large, watch the video in the player above for Whit Johnson's full report and a "CBS This Morning"discussion with celebrity chef Jose Andres, an advocate for child health and nutrition in America.