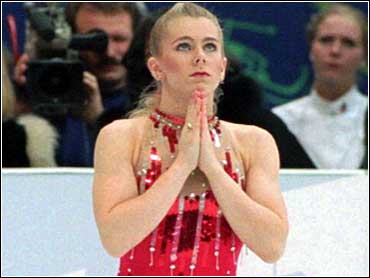 Harding, 31, lived in the home overlooking the Columbia River between Camas and Vancouver with her manager, Linda Lewis.

They had rented the three bedroom 1,300-square-foot ranch house since August 2000, according to court documents. They owed $4,530 in unpaid rent.

The judge last week ordered Harding to pay the back rent and move out by Wednesday at midnight. The house was empty Thursday.

It was not immediately clear where Harding went. On the day of the eviction ruling, she said she planned to stay in the Portland area.

Seven years ago, Harding's skating career took a dive because of a knee-whacking attack on rival Nancy Kerrigan before the 1994 U.S. National Championships and the Winter Olympics. Harding denied advanced knowledge of the attack on Kerrigan but admitted to helping cover it up.