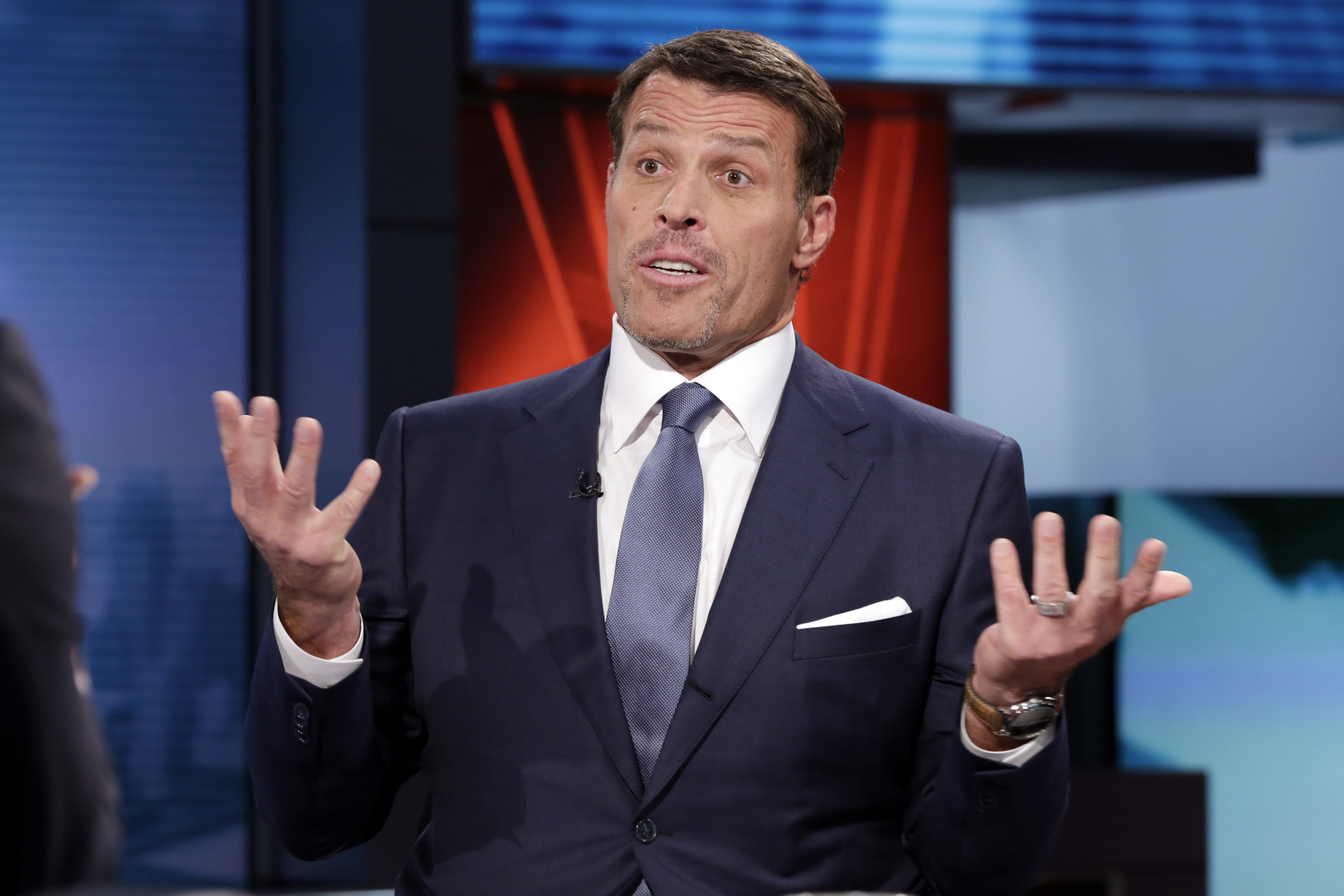 Motivational speaker Tony Robbins clapped and cheered on his followers this past weekend at a seminar in Dallas where many continued to walk over hot coals at his suggestion, even though dozens were injured Thursday night participating in the same activity.

On tonyrobbins.com, the schedule of events included the "Turn Fear Into Power" segment, detailing the importance of overcoming the "roadblocks of fear."

"Storm across a hot bed of coals," the website encouraged. "Once you start doing what you thought was impossible, you conquer the other fires of your life with ease."

News images of elated fire walkers falling into Robbins' arms at the end of their tread across red embers might make many a believer. But the motivational activity is sketchy and hazardous, said Dr. Robert Glatter, an emergency physician at Lenox Hill Hospital in New York City.

"It's a very dangerous stunt and can land you in a burn unit and unable to walk for many months," Glatter said.

Temperatures in a fire pit can run from 1,200 to 1,500 degrees Fahrenheit, Glatter explained.

"You could easily sustain a third-degree burn -- a burn through the outside layer of the skin, called the epidermis, to the dermis and into the muscle. A full thickness burn can go all the way to the muscle and basically char the entire thickness to a carbon residue."

"Some did require skin grafts -- the results of a deep second-degree and up to a third-degree burn. Many people required physical therapy and were unable to walk for months," Glatter said.

The hot coals for Robbins' latest "Unleash the Power Within" seminar were spread outside the Kay Bailey Hutchison Convention Center in Dallas.

CBS Dallas-Fort Worth reported that last Thursday evening ambulances were lined up outside the convention center just after 11 p.m. A Dallas Area Rapid Transit (DART) bus was called to the scene by members of Dallas Fire-Rescue who asked that it be used as a staging area for between 30 and 40 people who were hurt.

The injured could be seen limping back to the convention center to seek treatment, according to people on the scene.

Those who were more seriously injured were taken to the Parkland Hospital Burn Center.

A statement issued late last week by Robbins Research International was unapologetic. It read, in part:

"In Dallas tonight, someone not familiar with the fire walk observed the event and called 911 erroneously reporting hundreds of people requiring medical attention for severe burns. While we are grateful to the quick and robust response from Dallas emergency services, only 5 of 7,000 participants requested any examination beyond what was readily available on site. We are pleased to have completed another successful fire walk for 7,000 guests and look forward to the remainder of an outstanding weekend with them."

Tad Schinke, the head trainer for the Robbins' organization, said the event went as planned.

"I've been doing events with Tony for 23 years, and while it may not look like that way, this was a successful event."

The organization does plan ahead to help people who have some level of pain or discomfort as a result of the walk, Schinke said.

So how do so many of Robbins' seminar participants scuttle across the hot coals without pain or injury? Even Oprah was caught on camera at a previous Robbins event making the trek safely.

It's not clear why some people can do it and remain uninjured, but there are a couple of theories, said Glatter.

Water vapors on the feet may get trapped and create a "vapor barrier."

"Similar to when you lick your finger tip and touch a hot clothes iron -- so that's one theory that hasn't been proven," he said.

It's possible that their mental state is the key issue, Glatter said, but the hows and whys aren't well understood, and again, the theory has not been scientifically proven.

One firewalker, Jennifer St. John, told CBS Dallas, the people who got injured "probably just got a little scared. It's about having the right mental state and focus to get through something that's challenging."

Another hot coal walker, Tish Bazil, said, "I don't mean to diminish anything that's happened to anybody, but there are some techniques -- some really specific strategies that he gives people."

All the same, Glatter cautioned people stay away from the activity.

"I don't encourage anyone to do this," he said.

It's not the first time people have been hurt at Robbins' seminars. In July 2012, nearly two dozen people reported being burned after a fire-walking exercise at a Robbins' event in San Jose, California.

"But I believe the most dangerous activity in going to a fire walking seminar is driving your car to the event," he said.

In the thousands of fire walks Horton has overseen, he said on occasion some people will get a blister or first-degree burn on the bottom of their feet.

"It's a first-degree burn but we use the term 'kiss,'" Horton said.

The Dallas Fire Department said event organizers had all the necessary permits to hold the fire walk.

Everyone who took part was required to sign a liability waiver.