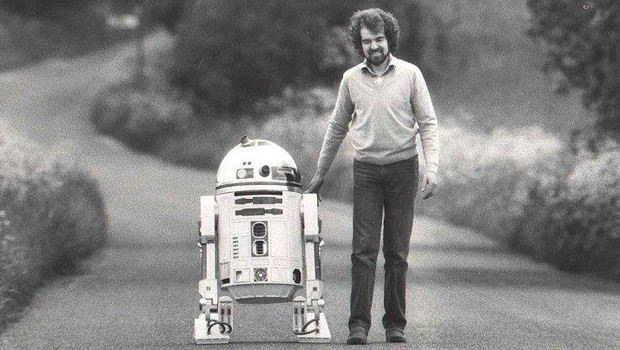 Tony Dyson, a robotics artist who built the original R2-D2 for "Star Wars," has died. He was 68.

Dyson's body was discovered Friday in his residence on Gozo island in Malta, according to police. A British national, Dyson had lived in Malta since the early 1990s.


An autopsy will be performed to determine the cause of death. No foul play is suspected.

The former managing director of the White Horse Toy Company in Farringdon, England, Dyson was enlisted in 1976 to construct the lovable android for the first "Star Wars" adventure.

Based on designs by conceptual artist Ralph McQuarrie and FX artist John Stears, R2-D2 was a short, barrel-shaped robot on wheels, a sidekick to the fussy C-3PO.

Several versions were build, including a motorized, remote-controlled model with an extended third leg, and a two-legged version containing actor Kenny Baker.

The robots are the only characters to appear in all seven of the "Star Wars" films.

In 2003 R2-D2 was inducted into Carnegie Mellon University's Robot Hall of Fame.

In addition to building several models of R2 for the "Star Wars" series, Dyson also contributed to the effects of "Superman 2," "Moonraker" (building three dozen miniature astronauts), "Superman 2," "Altered States" (for which he constructed 35 feet of latex human intestines for a dream sequence), "Saturn 3," and the animatronic dragon from "Dragonslayer."

He also earned an Emmy nomination, for the robot star of a Sony TV commercial.

Speaking to the Times of Malta last year, Dyson said: "Be playful. Never stop playing. If you look at life the way it really should be -- enjoyed -- then you become very creative."