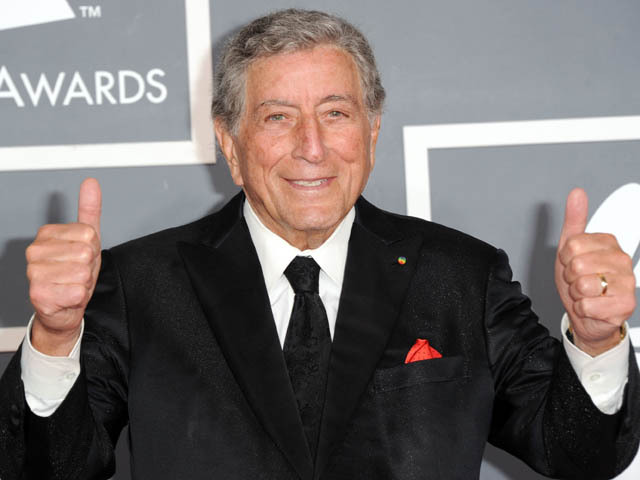 (CBS/AP) Whitney Houston wasn't the only late singer remembered at the Grammy Awards on Sunday. One of the Grammy show's most poignant moments was one that TV viewers didn't see.


When Tony Bennett received the Grammy for best pop performance by a duo or group for his duet with Amy Winehouse, he invited the late singer's parents to join him on stage during the awards ceremony's pre-show segment.

"We shouldn't be here. Our darling daughter should be here," Winehouse's father, Mitch, said after he and the singer's mother, Janis, had embraced Bennett.

His daughter was thrilled, Winehouse said, to have recorded the Grammy-winning song "Body and Soul" with Bennett.

"What can I say? There's a beautiful girl band up in heaven," he said.

In 2008, Winehouse won multiple Grammys, including record of the year, song of the year and best female pop vocal performance for "Rehab."