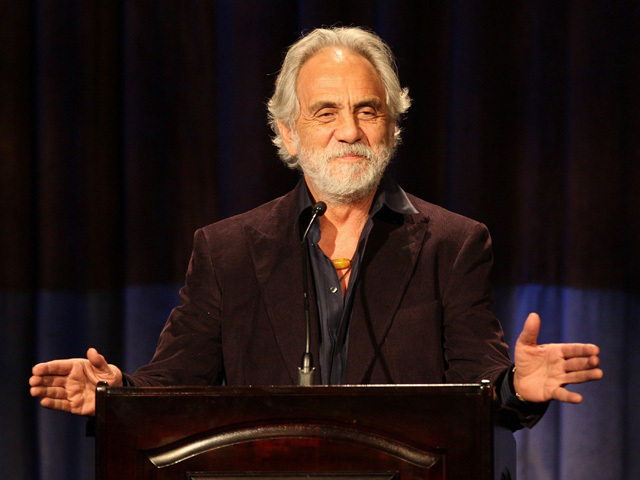 Chong, part of the comedy duo "Cheech and Chong," told CNN on Saturday that doctors diagnosed him about a month ago.

Chong said his cancer is a "slow stage one" that he's had for "a long time. "

The marijuana-loving Chong announced the news in an interview about decriminalizing marijuana use and sales.

"I've got prostate cancer, and I'm treating it with hemp oil, with cannabis," Chong, 74, said. "So [legalizing marijuana]means a lot more to me than just being able to smoke a joint without being arrested."

Chong said he initially saw symptoms eight years ago, while he was behind bars for selling drug paraphernalia. During that period, he was drug-free for three years, he said.

"So I know it had nothing to do with cannabis," he told CNN. "Cannabis is a cure."

Chong said nowadays he doesn't smoke marijuana -- instead he ingests the hemp oil "at night, so I won't be woozy all day. I'm taking it as a medicine."

Chong and his acting partner, Cheech Marin, rose to fame in the early 1970s with a series of comedy albums, leading up to their 1978 film, "Up in Smoke." Chong had a recurring role on "That '70s Show," and last year voiced a part in the animated feature, "Hoodwinked Too! Hood vs. Evil."