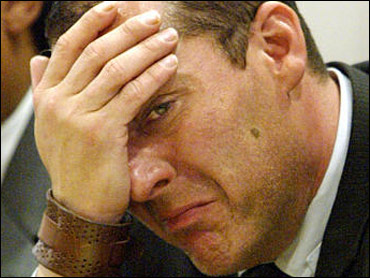 Superior Court Judge Cynthia Rayvis gave the actor 213 days of credit for time he has already spent in jail and two live-in drug programs, leaving him with about nine months in state prison.

The 45-year-old actor, who has been in jail without bail since June 5, wasn't in court Tuesday. An after-hours call to his lawyer, Fay Arfa, wasn't immediately returned.

The judge ordered the sentence Monday after authorities said they discovered methamphetamine in the actor's car and arrested him in Bakersfield last month. Sizemore was charged with seven drug-related counts, including transportation and possession of methamphetamines and being under the influence of a controlled substance.

Sizemore, who has appeared in films such as "Saving Private Ryan" and "Black Hawk Down," acknowledged during a court appearance June 19 that he had violated his probation.