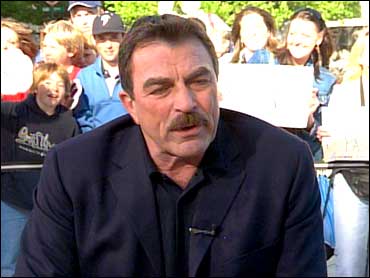 Tom Selleck, who reigned in Hawaii as "Magnum, P.I.," is getting ready to take over "Las Vegas."

Selleck will join the cast of the NBC drama next season, playing a billionaire with a mysterious past who becomes the new owner of the show's centerpiece hotel, the Montecito Resort & Casino, the network said Wednesday.

Selleck is coming to the series as the same time that James Caan, who starred as the casino's surveillance chief and chief exec, departs. Caan, who had previously announced he would leave after the season finale in March, will be back for the premiere next season, NBC said.

Selleck played the brawny but easygoing detective Thomas Magnum on the hit CBS drama from 1980-88. He appeared on NBC's "Friends" as boyfriend to Monica (Courteney Cox) and has starred in a number of TV movies, including "Ike: Countdown to D-Day" and the "Jesse Stone" films.