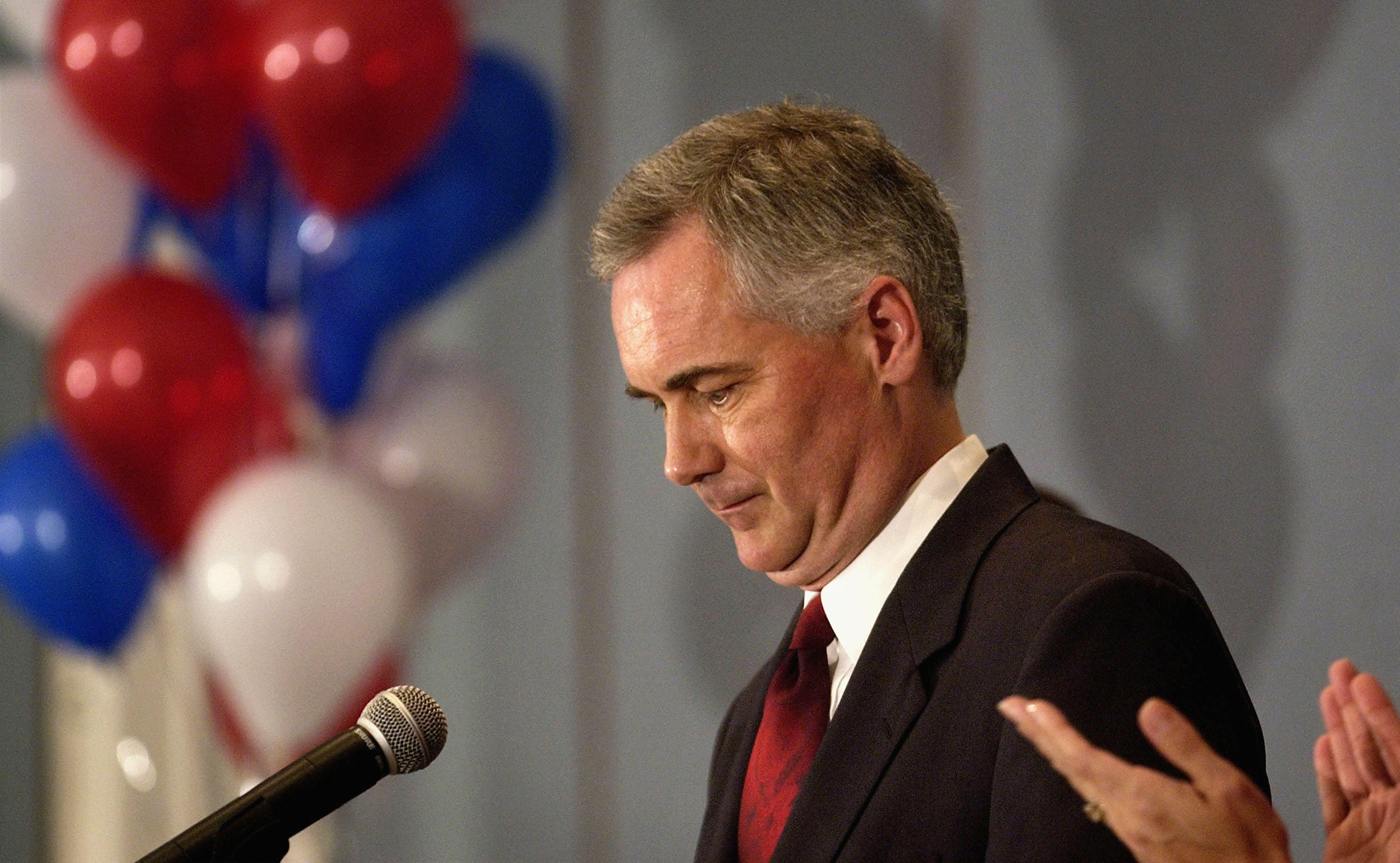 ROSEVILLE, Calif. -- Congressman Tom McClintock, a Republican from California, on Saturday faced a rowdy crowd at a packed town hall meeting in Northern California, and had to be escorted by police as protesters followed him shouting “Shame on you!”

McClintock was constantly interrupted and booed as he defended his party’s national agenda during the hourlong event at a theater in downtown Roseville, the population center of his sprawling congressional district, the Sacramento Bee reports.

Hundreds of protesters stood outside chanting “Vote him out,” while those inside the theater held signs that read “Resist,” ‘’Dump Tom McTrump,” and “Climate change is real.”

“I understand you do not like Donald Trump,” McClintock said. “I sympathize with you. There have been elections where our side has lost ... Just a word of friendly advice: Remember that there were many people in America who disagreed with and feared Barack Obama just as vigorously as you disagree with and fear Donald Trump.”

A video posted on the newspaper’s website shows a demonstrators chanting “Shame on you!” as they follow McClintock who walks to a waiting car surrounded by police officers.

“I can no longer just sit back. I believe in the Constitution. I was an infantryman in Vietnam. I fought for this. These people need to understand, we want them out,” said Vietnam War veteran Lon Varvel, referring to Trump and McClintock.

“President Trump is doing what he said he was going to do,” Ramsey said. “I like what he’s talking about - securing our borders and vetting immigrants. Hopefully, he’ll lower taxes, and reduce big government and regulation.”

McClintock’s district is solidly Republican and incorporates all or part of 10 counties spanning from Tahoe to Yosemite.