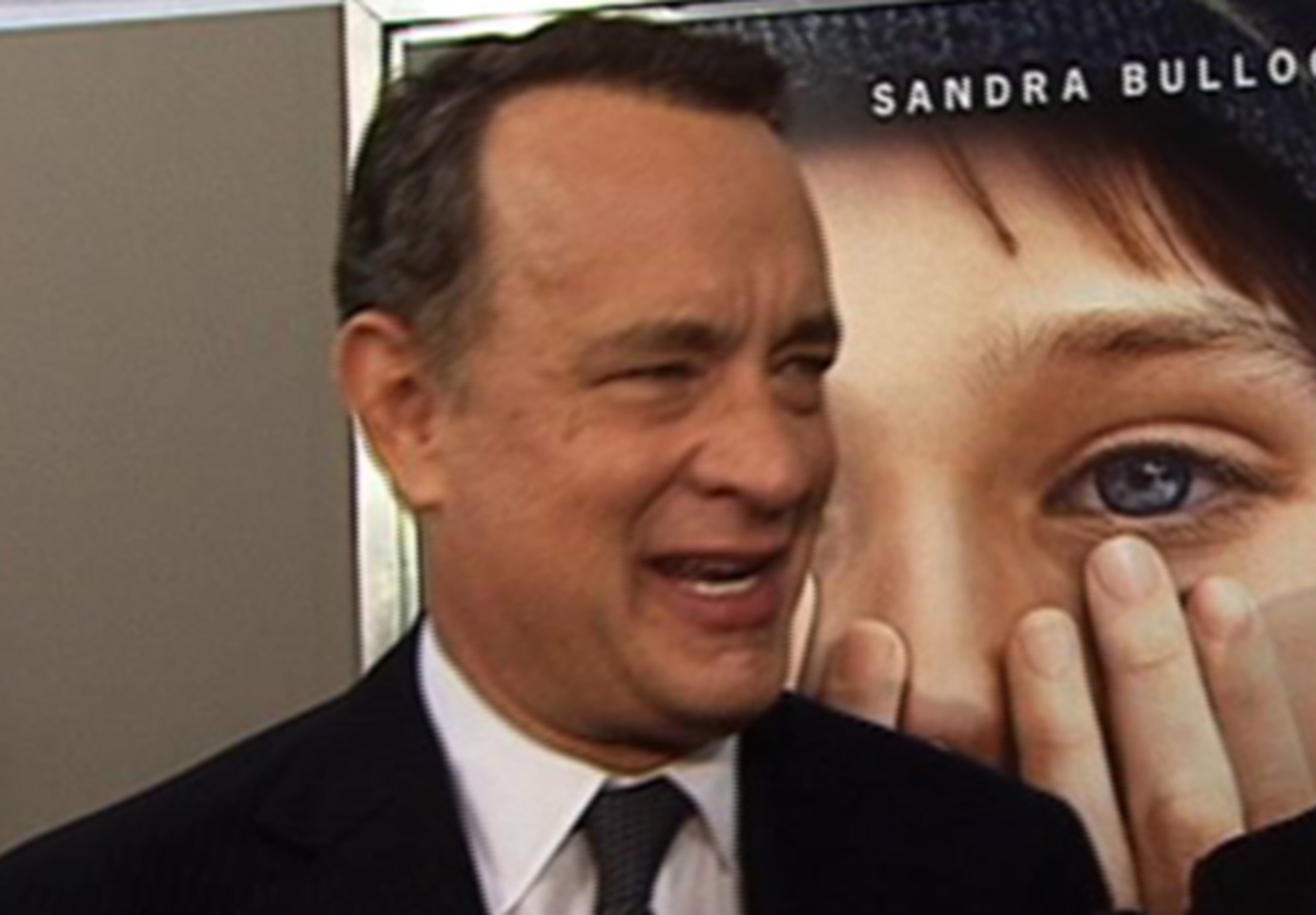 (CBS) Tom Hanks and Sandra Bullock star in "Extremely Loud and Incredibly Close" as the parents of a boy who goes on a journey after his father dies in the World Trade Center on Sept. 11, 2011. Hanks spoke to CBSNews.com about his role as a victim of the terrorist attacks and if he spent any time with families of the victims prior to the start of production.

Hanks said he didn't because, as he pointed out, his character would not be aware that such a profound  tragedy was about to unfold. "When I was working, I said, 'Look, let's not take this too seriously, because it's just Sept. 9th. We don't know what's going on,'" he explained.

"Extremely Loud and Incredibly Close" is told from the point of view of Hanks' son in the film, Oskar, a 9-year-old. The boy is played by newcomer Thomas Horn, whose only previous on-camera credit was as the winner of "Jeopardy Kids Week" back in 2010.

"He's an extraordinary guy," Hanks said of his young co-star. "I don't know if I can have an opinion of him as an actor because he's not. But he has this kind of presence in a movie that is kind of like a non-actor presence...We tried to capture a moment of behavior between father and son...And you can't really fake that, you know?"

While the film itself has received a mixed reception so far, critics are signaling out Horn's performance, with many praising the 14-year-old high school freshman as a star with a potentially bright future ahead. "Extremely Loud and Incredibly Close" opens in limited release on Christmas Day followed by a wide release on January 20th.