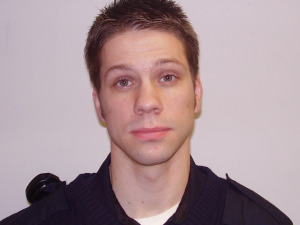 (CBS) MINNEAPOLIS - The man accused in the murder of a Minnesota police officer's 2012 death has been cleared of any charges and authorities say evidence shows a second suspect, who committed suicide before being questioned, would have been arrested in the murder, CBS Minnesota reports.

Tom Decker, a Cold Spring police officer and father of four, was killed on Nov. 29, 2012 in the parking lot of a bar after responding to a welfare check on a man who was apparently suicidal.

That man, Ryan Michael Larson, was later arrested by police in connection with the 31-year-old Decker's death. Larson, 34, always maintained his innocence throughout the investigation, the station reports.

On Tuesday, authorities announced they had completed the active portion of the investigation and determined they did not have sufficient evidence to charge Larson. He has been cleared of any involvement in the case, according to the station.

Investigators say they compiled evidence that would have resulted in the arrest of Thomes for the murder of Decker. They say there is no known connection between Thomes and Larson related to the incident.

Thomas was reportedly convicted of driving while intoxicated in 2011 and had a few other speeding and traffic violations. According to the station, Decker was one of two officers who had stopped Thomas for possible drunken driving in the past.