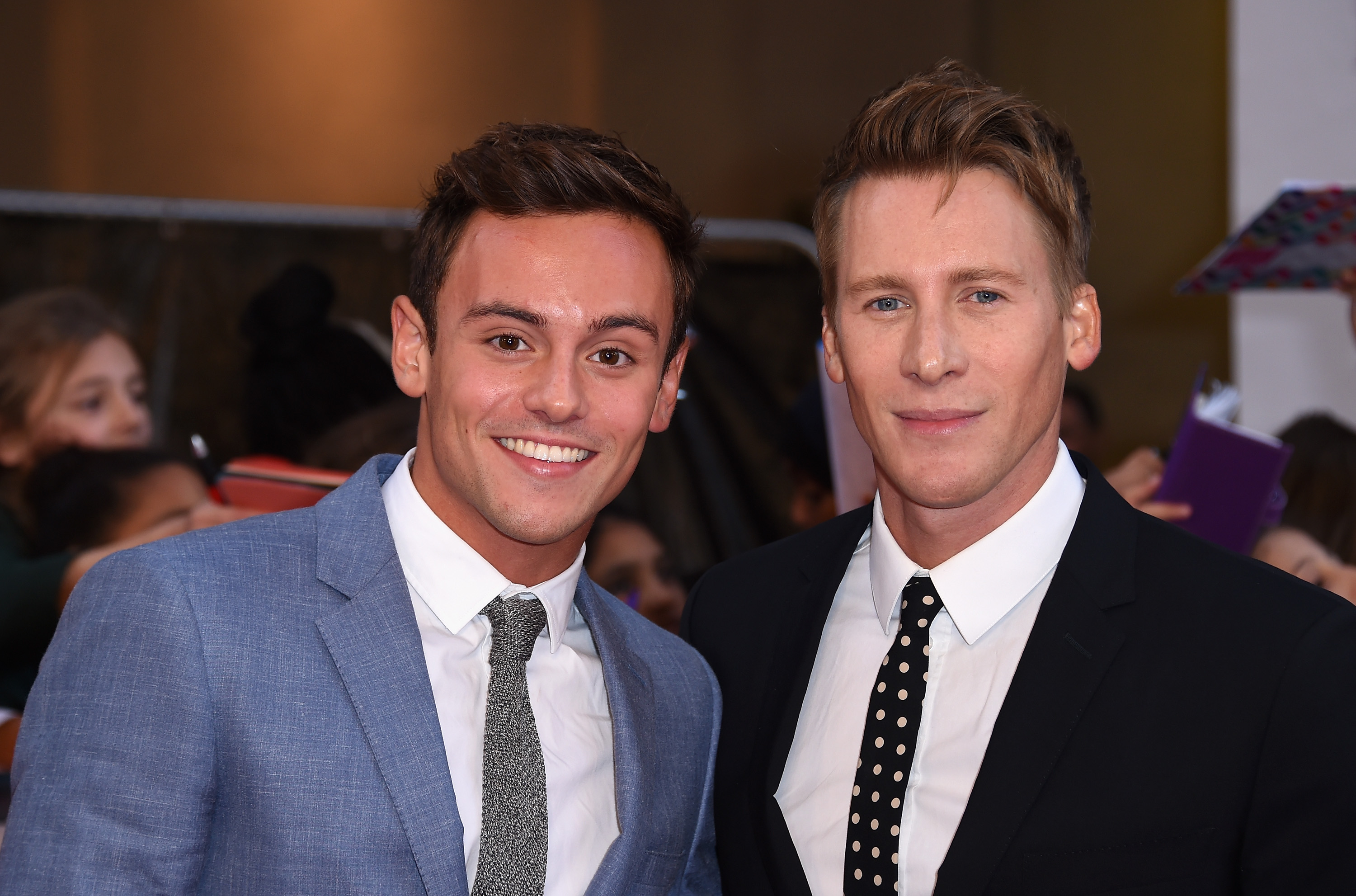 British Olympic diver Tom Daley and his husband, Oscar-winning screenwriter and director Dustin Lance Black, are celebrating a very special Valentine's Day. The couple announced on Wednesday that they are expecting their first child.

The two shared photos of themselves holding a sonogram together and wished fans a happy Valentine's Day.

The couple married on May 6. They shared their joy on social media following a gorgeous wedding ceremony at Bovey Castle in Devon, England. Daley is 23 and Black is 43.

Daley is a former world champion diver who first competed in the Olympics at the age of 14 and has won two bronze medals. He came out as a gay man in a YouTube video in 2013, announcing that he was dating a man and couldn't be happier.