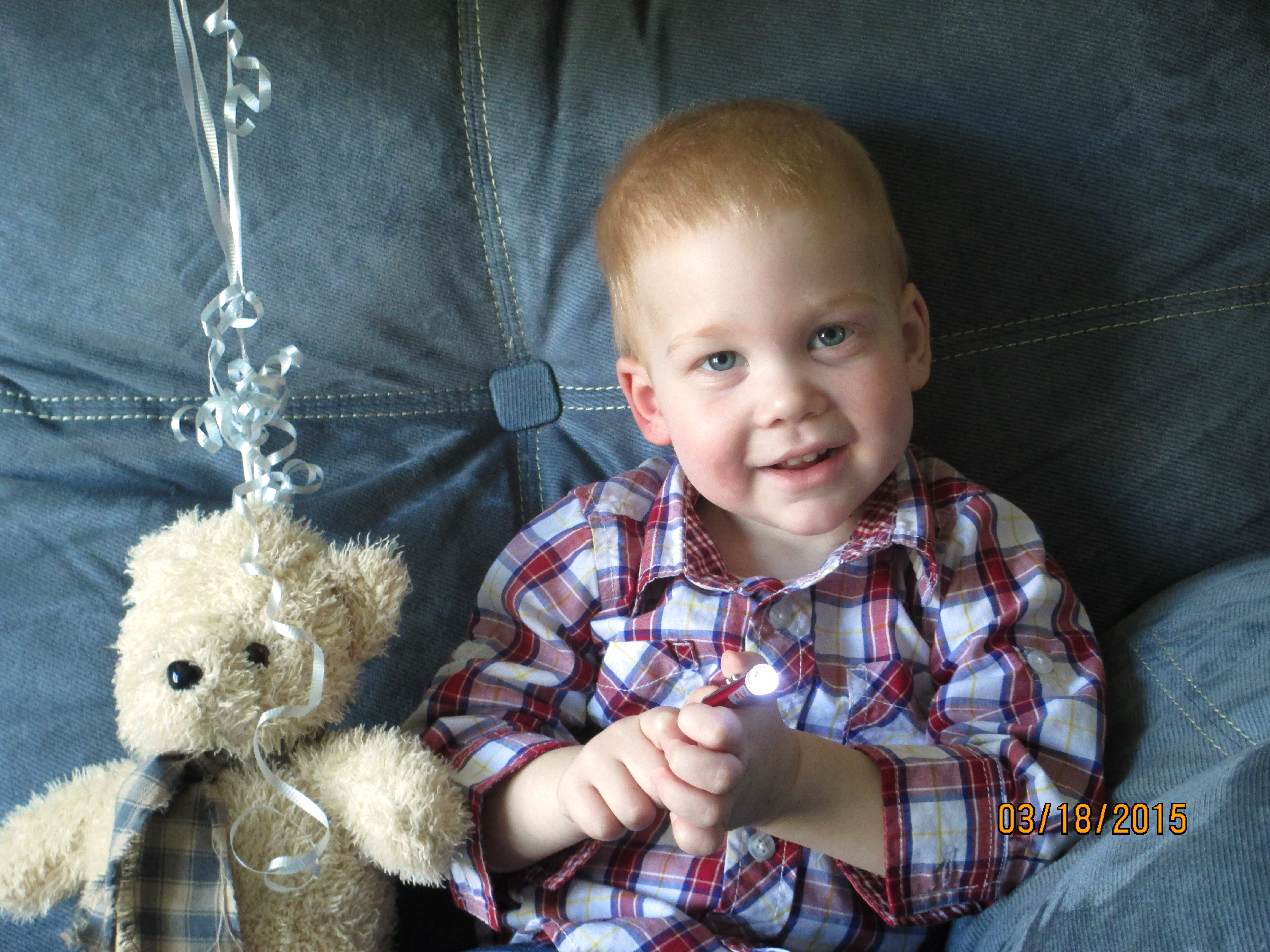 In a survival story his doctors call extraordinary, a 22-month-old Pennsylvania boy whose lifeless body was pulled from an icy creek was revived after an hour and 41 minutes of CPR and has suffered virtually no lingering effects.

Gardell Martin came home from the hospital on Sunday, and his doctors said Thursday he has made a full recovery.

"It's not only extraordinarily rare that we got the kid back, but what's even more extraordinary is the rate at which he recovered and the completeness of his recovery," said Dr. Frank Maffei, director of the pediatric intensive care unit at Geisinger's Janet Weis Children's Hospital in Danville. "The stars and moon aligned, and he had an angel on his shoulder."

Gardell and two of his brothers had gone outside to play on March 11 when he fell into the stream that runs through their 5-acre property near Mifflinburg and was swept away by the fast-moving current.

His 7-year-old brother, Greg, ran into the house and screamed that he couldn't find Gardell.

Their mother, Rose Martin, did a quick search of the property before realizing her young son had likely fallen into the creek, which was swollen because of melting snow. She called 911 while her two teenage daughters began walking downstream in a frantic search for the toddler.

A neighbor found Gardell nearly a quarter-mile away, caught up in a tree branch and water gushing around him.

An ambulance crew arrived moments later, found no pulse and began CPR. Resuscitation would continue, unbroken, for 101 minutes -- in the ambulance, at a community hospital, aboard a medical helicopter and, finally, in the emergency room of Janet Weis, the pediatric wing of Geisinger Medical Center, where a team of some 30 doctors and nurses sprang into action.

Gardell's body temperature was 77 degrees when he arrived, more than 20 degrees below normal. In this case, the boy's profound hypothermia worked to his advantage, dramatically slowing his metabolism and giving his organs "some degree of protection from cardiac arrest," Maffei said.

Knowing that, Maffei ordered CPR to continue while the team slowly warmed his body. He and Dr. Richard Lambert, the attending physician in the pediatric intensive care unit, were stunned by what happened next.

When Gardell's temperature reached about 82 degrees, the boy seemed to flicker back to life.

"Right before, we did one last pulse check and Dr. Lambert and I were checking pulses simultaneously and we looked at each other and said he's got a pulse," Maffei said.

Against all odds, Gardell's heart had restarted.

"It was an act of God," said his grateful mother, Rose Martin. "There is no doubt in my mind it's a miracle. God had the right people in the right place at the right time and they all did a wonderful job."

"Doctors were dumbfounded themselves, to see how he's so close to what he was before," she said.

A week later, the medical team is still on a high.

It "provides us with a smile on our face, knowing you were part of something this wonderful and amazing," Lambert said.

Back at home, Gardell is walking -- though he still needs to regain a bit of balance -- and chattering away.

But not about his ordeal.

"It's hard to tell how much he remembers or knows about what happened," his mother said. "He can't really tell us in that way."