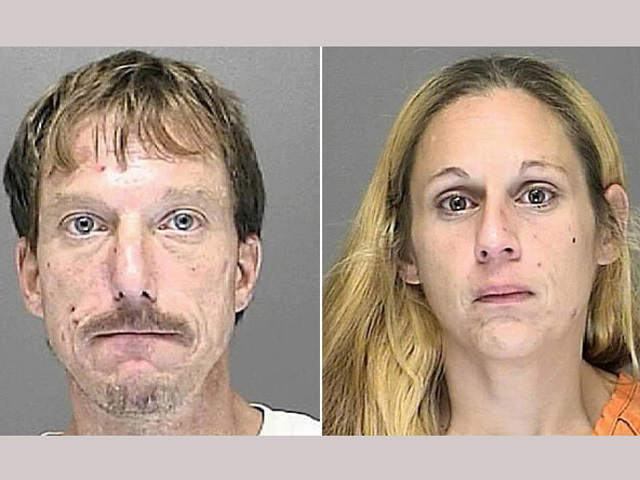 (CBS) HOLLY HILL, Fla. - A couple from Holly Hill, Fla. has been charged with child endangerment after police say they found them and their children living with a decomposing body, according to CBS affiliate WKMG.

Police reportedly say they were doing a well-being check on 31-year-old Tiffany Kain, who suffered from spina bifida, a spinal birth defect, and multiple sclerosis. She had not been seen for a month.

When officers checked the residence where she lived with Todd La Luke, 38, Nicole Scalise, 32, and two children, they found her dead body lying in a bedroom.

Authorities say the couple admitted to using the deceased woman's welfare and social security benefits, according to the station.

The children living at the home were reportedly 6 and 11 years-old. La Luke and Scalise were expected in court Friday afternoon.

It is not clear when the woman died or what the relationship was between her and the couple.