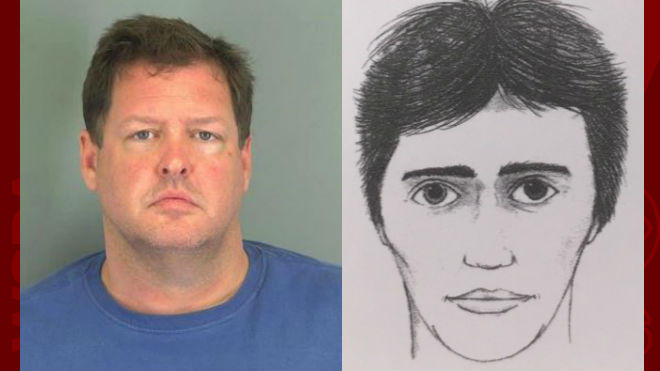 SPARTANBURG, S.C. — Nearly three decades before suspected serial killer Todd Kohlhepp was arrested and accused of killing seven people and chaining up a woman in a storage container, a juvenile judge was concerned that there was no way to protect the public from Kohlhepp, reports CBS affiliate WSPA.

In 1987, Kohlhepp was convicted in Arizona for kidnapping and sexually assaulting a 14-year-old girl. He was 15 at the time of the crime.

According to court records obtained by WSPA, Kohlhepp forced the girl into his home, tied her hands and put tape over her mouth before sexually assaulting her.

The judge in that case noted that “at the age of nine, Kohlhepp was ‘explosive’ and ‘preoccupied with sexual content.’”

A psychiatric evaluation filed with the juvenile court said that in previous instances during his childhood, Kohlhepp had shot a dog with a BB gun, used Clorox to kill a goldfish, smashed things in his room with a hammer, destroyed other children’s projects, and was dismissed from the Boy Scouts because he was too disruptive. His father said the only emotion Kohlhepp was capable of was anger, according to the report

The juvenile judge worried that the justice system had no solution for a teen like Kohlhepp.

“Twenty-five months of the most intensive and expensive professional intervention, short of God’s, will provide no protection for the public and no rehabilitation of this juvenile,” the judge wrote.

Kohlhepp served 14 years in prison for that crime and registered as a sex offender when he got out, but he resettled in South Carolina, where seemingly few knew about his past.

He became a real estate agent, eventually starting his own company and employing as many as 10 other agents. He also reportedly had a pilot’s license.

Though authorities haven’t pointed to any aspects of Kohlhepp’s public persona that may have hinted he was a killer, the suspect’s biography on the now shuttered website for Todd Kohlhepp and Associates included the kind of off-color jokes not found on a typical professional website.

“So we went out and got professional graphic designers, web developers, specialists in marketing in a variety of fields, and gave them a job. Then we threatened not to feed them if it didn’t work. Its amazing the motivation you can get after day three!”

Similarly dark statements in other web postings have been attributed to Kohlhepp. Investigators are looking into product reviews Kohlhepp may have left on Amazon.com. For a shovel with a folding handle, the user alleged to be Kohlhepp wrote, “keep in car for when you have to hide the bodies and you left the full size shovel at home.”

Kohlhepp was arrested on Thursday after investigators discovered 30-year-old Kala Brown “chained up like a dog” inside a metal storage container on his rural South Carolina property. Police say Brown had been there for weeks after she was lured to Kohlhepp’s home for a cleaning job.

Soon after Kohlhepp was arrested, he asked to see his mother, he then allegedly admitted to killing four more in an infamous case known locally as the “Superbike murders.”

Police had spent years tracking down leads, releasing sketches and reminding the public about the case, but it remained cold. Scott Ponder, Beverly Guy, Chris Sherbert and Brian Lucas were shot to death at Superbike Motorsports on Nov. 6, 2003, where Kohlhepp was reportedly a customer. The gruesome scene stunned the Chesnee community, driving rumors of violent gangs as it went unsolved year after year, until authorities say suspected serial killer Todd Kohlhepp admitted to the murders late last week.

Sunday marked the 13th anniversary of the “Superbike Murders,” and the first in which a suspect was in custody.

Police say Kohlhepp led investigators to his property and showed them where he had buried two additional bodies. One grave has been found, and investigators expect to unearth a second one Monday, reports CBS News correspondent David Begnaud. More details about those two deaths haven’t been released.

In total, Wright has said Kohlhepp is a suspect in seven deaths. He’s been charged in Brown’s kidnapping and the four Superbike killings.