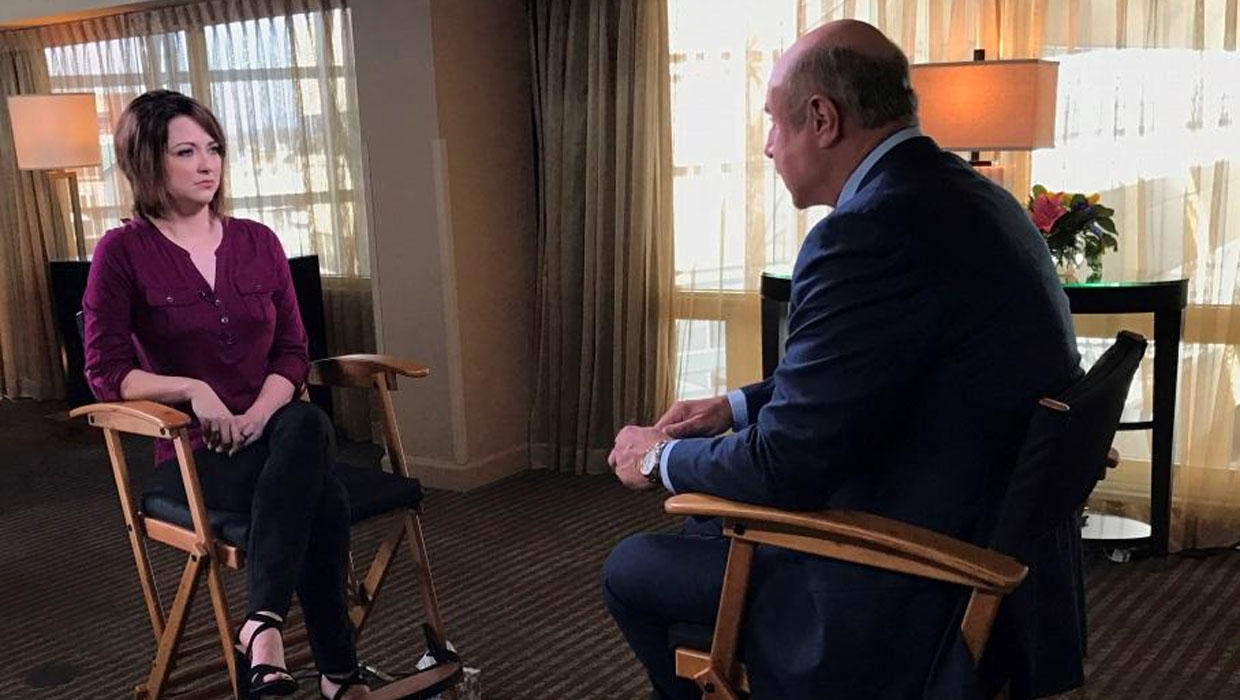 A South Carolina woman held captive for two months in a shipping container by a suspected serial killer is speaking out to television personality Dr. Phil.

Kala Brown was found “chained like a dog” Nov. 3, 2016 in the container on the Woodruff property of Todd Kohlhepp, who is now a suspect in 7 slayings. Brown said Kohlhepp had lured her and her boyfriend Charlie Carver to the property two months before under the pretenses of a cleaning job – but then killed Carver and kidnapped Brown.

“He didn’t want to kill me, he wanted to keep me,”  Brown said of Kohlhepp in a two-part interview airing Monday and Tuesday. “That’s why I did what I had to do to survive.”

Brown and Carver had been missing for two months when Brown was found alive. Carver’s body was later discovered on Kohlhepp’s property.

Brown told Dr. Phil she watched Kohlhepp shoot Carver in the chest three times. Brown said Kohlhepp was “completely calm” when he grabbed her and told her to come inside or she would “join Charlie.”

Brown said she was numb and in shock.

“He said it was easier to control someone if you took someone they love,” Brown said.

Also later found on Kohlhepp’s property were the bodies of Spartanburg couple Meagan and Johnny Coxie.

Authorities allege Kohlhepp shot 25-year-old Meagan Coxie on Christmas or Dec. 26 after holding her against her will for about a week, according to arrest warrants. Johnny Coxie, 29, was shot and killed a week earlier, a warrant said. Authorities say Kohlhepp also confessed to the 2003 quadruple murder of Scott Ponder, Beverly Guy, Chris Sherbert and Brian Lucas at a Chesnee motorsports store that had long perplexed investigators.

Brown told Dr. Phil Kohlhepp would “brag about how many people he’s killed and how good he was at it.”

Brown said Kohlhepp bound her by her ankles, wrists and neck and sexually assaulted her. CBS News does not normally identify sexual assault victims, but Brown is speaking publicly about the ordeal.

Brown said she remained chained in the container throughout the entire two-month captivity.

When she was finally rescued, she said she banged on the walls of the shipping container to let investigators know she was trapped inside.

“I didn’t think it was really happening,” Brown said.

Kohlhepp is facing seven murder charges and a kidnapping charge.