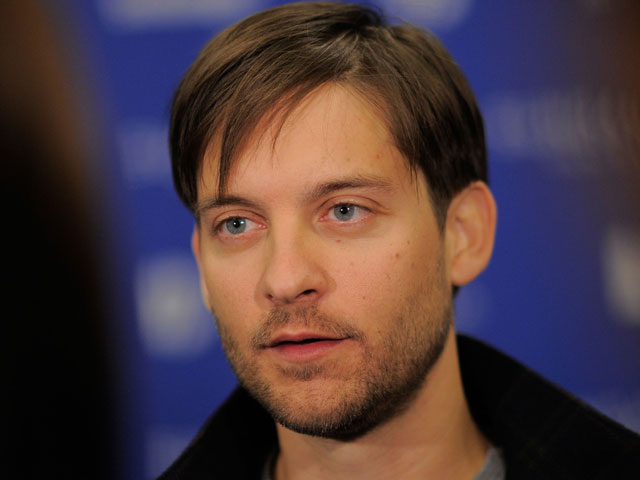 (CBS/AP) LOS ANGELES - Tobey Maguire has decided to fold his cards and settle a lawsuit over his winnings from a convicted con man during high-stakes Hollywood poker games.

The former "Spider-Man" star agreed to pay $80,000 to settle the lawsuit filed over more than $311,000 he was paid by a convicted Ponzi scheme operator in Texas Hold 'Em matches that included celebrities, businessmen and others.

If approved by a judge next month, Maguire, 36, will pay the money to a bankruptcy trustee who is trying to recoup money that former hedge fund operator Bradley Ruderman bilked from investors to finance his lavish lifestyle.

The money will be used to repay victims of the scheme, which Maguire and other players were unaware of.

Court records show that 14 of the 22 people sued to recoup poker winnings have settled their cases for a total of more than $1.2 million.

Maguire's settlement states he "strongly disputes that he violated any laws, rules or regulations in regard to participating in the poker games" but was agreeing to the payment to avoid fighting the case, which would be costly.

The actor signed the settlement on Nov. 22 and it was filed a day later with a bankruptcy court handling the lawsuits.

In court filings, Maguire noted that he lost $168,500 to Ruderman, who is currently serving a 10-year federal prison sentence after pleading guilty to two counts of wire fraud, two counts of investment adviser fraud and willful failure to file taxes.

Several of those sued are fighting the cases, most notably actor-director Nick Cassavetes. His attorney has said the games were not illegal and the statute of limitations has long passed for pursuing any criminal charges for the games held between 2006 and 2009.

Filings show that billionaire Alec Gores and "Welcome Back, Kotter" star and poker afficianado Gabe Kaplan have also settled cases filed against them.

According to the Hollywood Reporter, other A-listers including Leonardo DiCaprio and Ben Affleck were also reportedly tied to the poker games, with $100,000 buy-ins, but were not sued.

Bankruptcy trustee Howard Ehrenberg filed the lawsuits in late March, attempting to recoup money on behalf of people who invested in what the legal action called a Ponzi scheme organized by Ruderman.