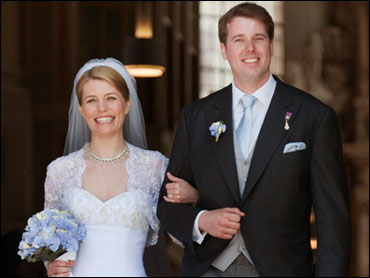 A judge Wednesday slashed a record-breaking $28 billion award to a former smoker to $28 million, saying the jury's decision on punitive damages was excessive.

Superior Court Judge Warren Ettinger upheld the jury's decision that the cigarette maker Philip Morris was at least partially responsible for Betty Bullock's cancer. However, he said $28 million was "a reasonable sum to be awarded against Philip Morris in these circumstances."

The judge also denied the tobacco company's request for a new trial on the merits of the case. He said Philip Morris provided "no evidence" to refute Bullock's allegations the company had repeatedly lied to the public about the dangers of smoking.

In the seven-page ruling, the judge said Bullock showed Philip Morris and its executives had known since the 1950s that cigarette smoke caused lung cancer and that nicotine was highly addictive but didn't admit it until 1999.

"The admission came nearly 50 years after Philip Morris learned of these facts," Ettinger said. "The admission contained no apology nor expression of regret."

"A critical element was what the plaintiff knew about the health risks of smoking, and whether anything the company ever said or did improperly influenced her smoking decisions. The company believes the evidence was clear that Mrs. Bullock was aware of the risks and never relied, to her detriment, on anything the company said or did," said William Ohlemeyer, Philip Morris Cos. vice president and associate general counsel, said in a statement.

Bullock's attorney, Michael Piuze, says he is "extremely disappointed in the magnitude of Judge Ettinger's reduction." He also points out that the remaining damages amount to only two days' earnings from selling cigarettes.

"This is not a real punishment for Philip Morris," says Piuze. "This will not deter similar conduct that imperils the health and lives of our citizens in the futures."

"Everyone knew the judge would reduce the initial jury award significantly - no one thought that multi-billion dollar figure would hold. But this is still a defeat for Phillip Morris," says CBSNews.com Legal Analyst Andrew Cohen. "I suspect Phillip Morris is a little relieved but not terribly surprised that the judge would reduce the award against the company so significantly. And, remember, in addition to keeping the company on the hook for a multi-million dollar award the judge also denied Phillip Morris's request for a new trial."

In September, the jury ordered the tobacco company to pay Bullock $750,000 in economic damages and $100,000 for pain in suffering. Then in October the jury awarded her $28 billion in punitive damages.

The company said Wednesday that even with the reduction, the jury's punitive award is nearly 33 times greater than the compensatory award - "well in excess of the four-to-one ratio the U.S. Supreme Court has suggested approaches the constitutional limit of such awards."

"Philip Morris U.S.A. understands that many people have strong feelings and opinions about tobacco. That emotion - and any desire for changing the rules governing the tobacco industry - should be directed to the legislative process, rather than the courts," Ohlemeyer said.

Bullock, 64, of Newport Beach, started smoking when she was 17 and was diagnosed last year with lung cancer that has since spread to her liver.

During the nine-week trial her attorney told jurors that Philip Morris concealed the dangers of cigarettes with a widespread disinformation campaign that began in the 1950s. Piuze used internal tobacco industry documents to lay out his contention.

Philip Morris did not try to defend its past actions. Instead, the company turned the spotlight on Bullock and her decision to smoke.

Before the Bullock case, the largest jury award to an individual against a tobacco company was $3 billion, awarded in 2001 to Richard Boeken. Boeken was a former heroin addict with cancer who died in January. The judgment against Philip Morris was later reduced to $100 million and is being appealed.

While Philip Morris has not paid damages in a smoking-related lawsuit brought by an individual, the Bullock and the Boeken cases join a growing list of damage awards the company faces.

"Their appellate lawyers now have to be perfect in quite a few cases, and frankly seeing some of the developments at the trial level, we expect that most, if not all of these awards will withstand appellate review," said Edward Sweda, senior attorney with the Tobacco Products Liability Project, based at Northeastern University School of Law in Boston.