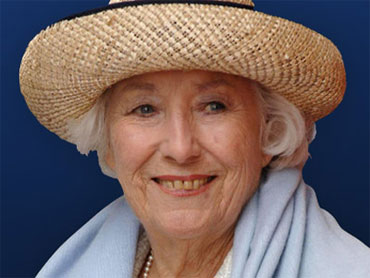 For the 11,000 babies born in the U.S. every day, pediatricians recommend a series of 20 vaccinations protecting against 11 diseases before each child reaches 18 months.

Vaccination rates have climbed to record levels in recent years, indicating that many parents take these recommendations to heart. However, some families still remain fearful.

At six and a half years old, Alexa Richardson has never been immunized. Neither has her two-year-old sister, Erica. Their mother vetoed vaccinations after reading her own baby book.

"I remember looking down and seeing 106 fever, 10 days, unresponsive after one of the immunizations," says Dawn Richardson. She had bad reactions to her measles, mumps and rubella vaccines, which were separate at the time. She also got sick after receiving smallpox vaccine. Her husband, Scott, has a family history of auto-immune reactions.

Medical reasons kept the Richardsons from immunizing their kids. Others believe shots can lead to neurological problems, such as autism. Some fear serious medical problems like cancer, which can lead to death. In some areas, people still lack access to treatment and some avoid their shots for religious and other personal reasons.

Overall, only one percent of American children are not immunized. But in three states: Michigan, Washington and Wisconsin, that rate rises above two percent.

Dawn Richardson has others thinking about the issue in her role as president of "Prove" (Parents Requesting Open Vaccine Education.)

"I think that parents need to really think about medical advice that's one-size-fits-all, whether it's for a vaccine or something else, they need to look at their individual child," she says.

Each state has its own immunization requirements for children entering public schools. Exceptions are easier to obtain in some states than in others. In Washington, California and Colorado, for instance, parents can get exceptions by simply signing a form provided by local schools.

Barbara Loe Fisher, co-founder and president of the National Vaccine Information Center, says parents need to be careful and do plenty of research about their family medical history before getting their children vaccinated.

Outside of vaccine companies and doctors - who all make money from manufacturing and administering shots - few members of society champion the cause of vaccines. Part of the issue is that vaccines have entered a new era.

During the mid-1900s, as they slowly annihilated polio, smallpox, diphtheria and a host of other fatal diseases, vaccines were seen as lifesavers. Compared with such scourges, the occasional problems that arose from vaccine impurities or manufacturing defects looked small.

But today, children are routinely vaccinated against diseases that are considered either trivial or unusual, such as chicken pox, meningitis or pneumococcal disease. The benefits of such vaccines seem smaller, so society looks at potential risks with a fresh and wary eye.

Another problem is the pseudo-scientification of medical myths. For example, in the 1990s, some scientists became concerned about the level of mercury in vaccines. For decades, vaccine makers used a preservative called thimerosal, which contains a small amount of mercury. Since mercury is a known neurotoxin, which in large doses can cause brain damage, the U.S. and other Western governments told manufacturers to remove it from their products.

Vaccine critics blame this mercury content for the apparent rise in cases of autism in the United States and England. A recent study published in the Lancet medical journal showed the blood mercury levels of infants who received vaccines that contained thimerosal were well below all the safety levels set by government agencies.

The Lancet study looked at 61 infants, most having blood-mercury levels below 2 nanograms per milliliter after vaccination; the highest safety limit, set by the Environmental Protection Agency, is 5.8 nanograms. Some critics counter that the study was too small and that delays in testing some of the infants may have missed the peak blood-mercury levels. In an effort to address some of these issues, another study of 200 children is going on in Argentina.

The connection between vaccination and autistic behavior, first reported in "DPT: A Shot in the Dark" (Coulter & Fisher, 1985) 15 years ago is now being discussed in medical literature. This enhanced public awareness has been fueled by persistent reports by parents in the U.S., Canada and Europe that their children were healthy, bright and happy until they received one or more vaccines and then descended into the isolated, painful world of autism, marked by chronic immune and neurological dysfunction, including repetitive and uncontrollable behavior.

Conservative estimates are that about 500,000 Americans are autistic but that number is growing daily, with new evidence that perhaps as many as 1 in 150 children are suffering from autism spectrum disorder that can include a range of neurological, behavior and immune system dysfunction.

The incidence of autism, like that of learning disabilities, attention deficit hyperactivity disorder (ADHD), asthma, diabetes, arthritis, chronic fatigue syndrome, inflammatory bowel disease and other autoimmune and neurological disorders, has risen dramatically in the U.S. and other technologically advanced countries, while high vaccination rates have caused the incidence of childhood infectious diseases to fall just as dramatically in these countries. Instead of epidemics of infectious disease, there are now epidemics of chronic disease.

The American Academy of Pediatrics says that immunizing a child is far more beneficial than not immunizing. Recent studies show that infants immunized with vaccines preserved with mercury-based thimerosal had blood mercury levels below current safety limits and that children's bodies get rid of that form of mercury much more quickly than was believed.