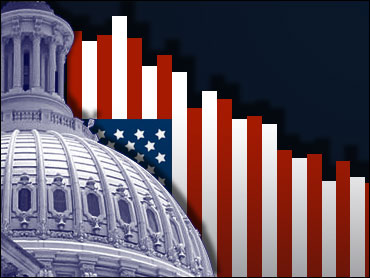 
Do people lie to pollsters?

After the wrong prediction in 1948 election, the editors of The New Yorker magazine thought people did — and that they should. "The total collapse of the public opinion polls," they wrote, "shows that the country is in good health .... (A)lthough you can take a nation's pulse, you can't be sure that the nation hasn't just run up a flight of stairs … (W)e are proud of America for clouding up the crystal ball, for telling one thing to a poll-taker, another thing to a voting machine. This is an excellent land."

There have been campaigns to lie to pollsters. In the early 1980s, Chicago newspaper columnist Mike Royko told people to do it before the Illinois primary. But when CBS News conducted a short poll in the Chicago area to see whether readers would take his advice, many people said they read the column, and enjoyed what Royko had to say, but also that they wouldn't take his advice seriously. And in fact, that year's primary election poll was quite accurate.

Lying takes more mental effort than telling the truth. Telling one lie usually means you need to tell more lies. It's much easier not to say anything, or just hang up the phone — which might help explain why response rates to polls have dropped over the years. If people take the time to answer a pollster's questions, they usually try to tell the truth!

However, some answers to poll questions may not be lies, but they also may not quite be the truth. They may be the product of faulty recall, or of misremembered memories. Respondents answer the questions they are asked, but if a question requires too much effort, they may do just enough thinking to come up with a reasonable answer. Survey psychologists call this "satisficing." (a combination of "satisfying" and "sufficing").

Some survey questions do require a detailed recall of events. For surveys involving expenditures, researchers will ask respondents to look at their financial records, and NOT to rely only on their memories. People who study victimization or consumer behavior know that reports of events (such as a crime, or a major purchase) can be put in the wrong time period. People may "telescope" their memory of an event, thinking that what happened a long time ago happened more recently. And different people do conceptualize time differently. As a political scientist and pollster, for example, I often think in terms of four-year presidential election cycles, so sometimes I say "last year" when I mean 2004.

It's also true that people sometimes base their responses to questions on what they think the interviewer wants to hear. In the 1980s, some respondents, asked about their support for feminist issues, told different things to male and female interviewers. And sometimes black and white interviewers have gotten different answers when they have asked about some African-American candidates and about racial attitudes.

Then there are times when people give a false answer to a question because they think that telling the truth could leave the wrong impression. For example, people who attend church most Sundays might very well tell an interviewer that they went to church "last Sunday," even if they didn't, reasoning that, if the interviewer had asked that question last week, it would have been true.

Finally, questions about past elections may become assessments of current feelings, not reports of actual past votes. One spectacular change in vote reporting took place between 1960 and 1964. Right after the close election of 1960, the Survey Research Center at the University of Michigan found an evenly divided electorate, much like the actual nationwide results. Two years later, however, 56 percent of voters said they had voted for John F. Kennedy and just 43 percent said they voted for Richard Nixon. In 1964, after JFK's 1963 assassination, his narrow victory of 1960 had turned into a 28-point landslide in voters' memories: 64 percent of those interviewed said they had voted for JFK, while only 36 percent admitted voting for Nixon.

Voters have had a roller coaster ride with their memories when it comes to the current president, too! Immediately after the 2000 election, voters reported their 2000 vote accurately in a CBS News Poll. It was a close election and a close poll result. In the latest CBS News Poll, self-reports of the 2004 vote give President Bush a 6-point lead over John Kerry, only slightly inflated from the actual outcome.

But as George W. Bush's approval rating soared to 90 percent following the terrorist attacks of Sept. 11, 2001, Bush also gained votes. Al Gore's narrow victory in the national tabulated vote turned into an apparent 16-point Bush landslide in the January 2002 CBS News Poll. That caused one producer to say to me: "Why couldn't this have been the result? We wouldn't have had to spend 35 days after the election figuring out who won!"
By Kathy Frankovic